An undercover reporter working at a 2 Sisters Food Group site in the West Midlands has allegedly witnessed a series of food safety breaches. The supplier, which works with most of the UK’s major supermarkets, has stated it is “viewing these allegations extremely seriously”. 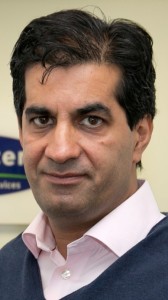 The reporter, who was working with ITV News and The Guardian, claimed to witness workers tampering with slaughter dates to extend the meat’s shelf life. They also witnessed meat of different ages being mixed together, codes on crates of meat being altered and food that had fallen on the floor being picked up and put back on the production line.

Another alleged discovery was poultry originally produced for Lidl being mixed in with product that was supposed to be supplied exclusively to Tesco for the supermarket’s Willow Farms range. Products that had been rejected by supermarkets and sent back to the supplier were also reportedly put back on the production line and sent out again.

A spokesman for 2 Sisters Food Group said: “We have been made aware of several broad allegations made by The Guardian/ITV in relation to inappropriate procedures, food safety and hygiene issues at two of our poultry processing facilities.

“We view these allegations extremely seriously. However, we have not been given the time or the detailed evidence to conduct any thorough investigations to establish the facts, which makes a fulsome response very difficult.

“What we can confirm is that hygiene and food safety will always be the number one priority within the business, and they remain at its very core.

“We also successfully operate in one of the most tightly-controlled and highly regulated food sectors in the world.

“We are subject to multiple and frequent unannounced audits from the FSA, BRC, Red Tractor, independent auditors as well as our customers. By example, our facility in the West Midlands under investigation received nine audits (five unannounced) in the months of July and August alone.

“However, we are never complacent and remain committed to continually improving our processes and procedures. If, on presentation of further evidence, it comes to light any verifiable transgressions have been made at any of our sites, we will leave no stone unturned in investigating and remedying the situation immediately.”

2 Sisters Food Group supplies poultry meat to supermarkets across the UK including Tesco, Sainsbury’s, Aldi, Lidl and Marks and Spencer. The company is owned by Ranjit Singh Boparan.