China’s pork market will not stabilise until 2025 with the time needed to rebuild its decimated herd inventory, according to a new report from Rabobank. 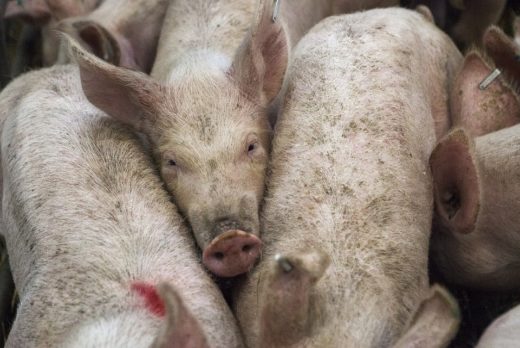 The banks analysts say that China’s pig herd will take over five years to recover from the damage wreaked by African Swine Fever (ASF). China’s pig herd has already plummeted from over 430 million animals in August 2018, when the first case of ASF in the country was reported, and now stands at under 200 million pigs.

Rabobank said the focus next year and in 2021 will be on small-scale restocking and large-scale importing before hog production increases in the years to 2025, when the market should rebalance and prices stabilise. Analysts predict, even then, the total herd is unlikely to return to the 2018 peak.

The report said that the country will be unable to import enough pork to make up for the production shortfall in the coming years, causing high global prices and prompting consumers to change habits.

Rabobank predicted that China’s population will consume more chilled, frozen and processed meat – rather than the preferred fresh warm pork – while poultry consumption will rise to make up some 30% of the market by 2025.

As a result of ASF, China’s pork market will be changed forever, with pork’s share of the market declining from the recent 63% to 53%, the bank’s analysts forecast.

Chenjun Pan, animal protein senior analyst at Rabobank, said: “Everybody recognises that China’s pig population has been decimated but it isn’t fully appreciated that the market will take years – probably half a decade – to rebalance due to the huge restocking required and the fact that global imports simply cannot make up the shortfall.

“The recovery will likely start taking shape next year but we’re then looking at years of production increases to get the market back on track given the herd has roughly halved in less than 18 months.

“The key point is that even when the market does rebalance, it’s going to be a different meat environment in China. Pork will remain the country’s protein of choice, but it will command a much smaller share of consumption as younger consumers lead the charge into poultry. For China, and the global market, this will be the new normal.”

Rabobank predicted that ASF will kill a quarter of the word’s pig population. China, the world’s largest consumer of pork, accounts for about half the world’s production of the meat.

Consumers to help shape the future of Welsh Beef