Meat Business Women…The Conference 2019 took place at Painters Hall, London to a sell out audience of over 180 delegates. The event was headlined by American Professor of Animal Science at Colorado State University, Temple Grandin and Her Royal Highness The Princess Royal.

Grandin, who had flown in from the US specially to address the event  spoke about the different roles women play within the meat industry and how to address those challenges on a daily basis.

Her Royal Highness delivered an insight into animal production systems and the importance of groups such as Meat Business Women to inspire the future generation of talent in the industry. 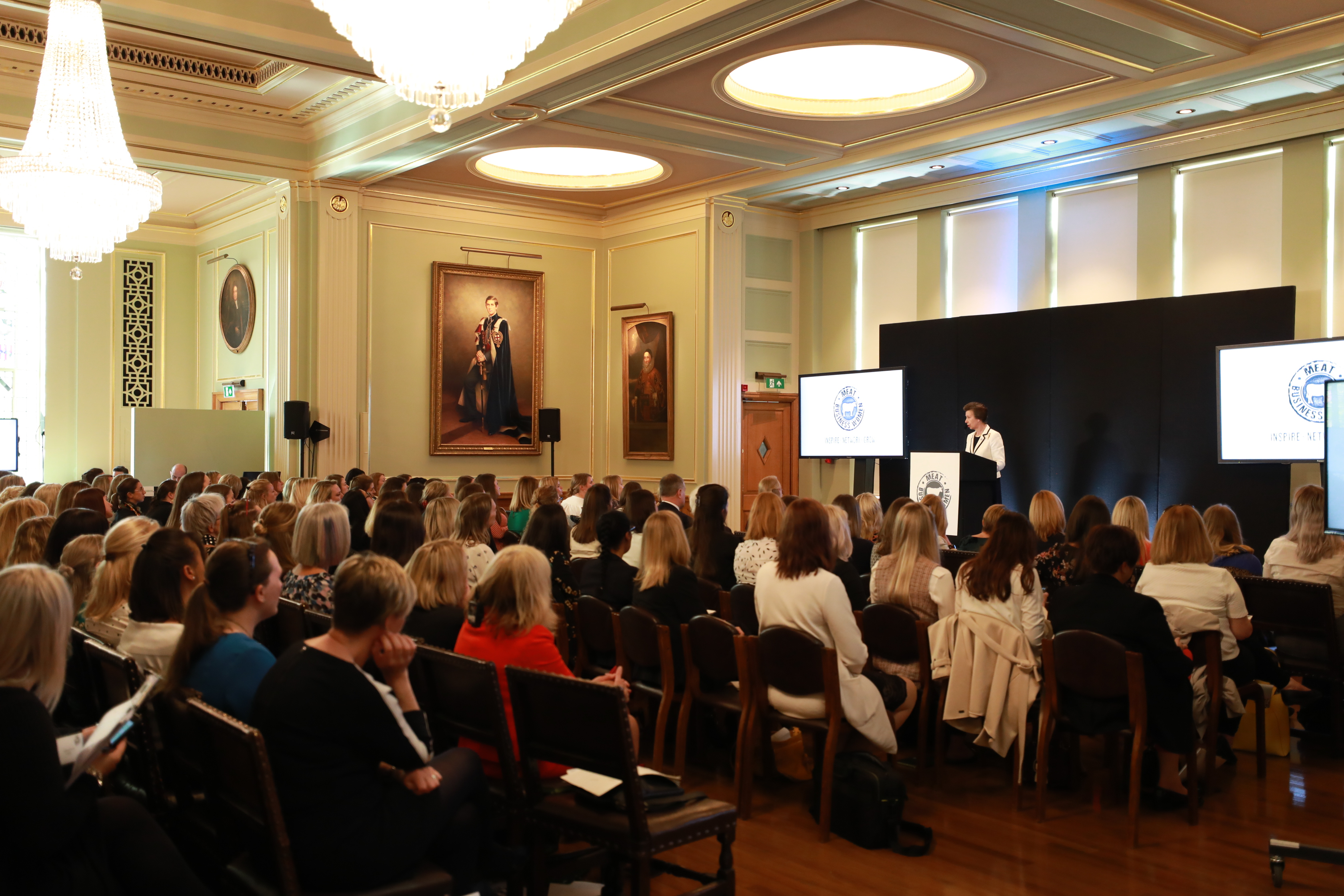 Chief Veterinary Officer, Christine Middlemiss spoke about the future of the industry, particularly the opportunities and challenges we face in the post Brexit era. This was coupled with fascinating perspective about how to operate effectively in a male dominated arena.

Laura Ryan (Chair of Meat Business Women) said: “Feedback from the event has been phenomenal, with industry stakeholders telling us the event was the best conference they’d attended in several years, so we are already planning our next forum which will place in London on 2 October.”

Meat Business Women UK also announced it would be expanding to include Ireland, with Lisa Hand of Dunbia Meats joining the committee. Lisa was voted Meat Business Woman of the Year in Meat Management’s Women in Meat Industry Awards 2018. The first Irish event will take place later this year and HRH Princess Royal commented on the huge importance of including Ireland within the initiative.