Food industry skills charity, ftc has launched a new report into the butchery standard apprenticeship, three years on from its launch at Butchers’ Hall. The report is the result of a widespread stakeholder consultation, running from February- April this year. The consultation drew contributions from over eighty employers, training providers, trade organisations and butchery apprentices.

Part funded by the Worshipful Company of Butchers, the consultation sought stakeholders views on a variety of aspects of the apprenticeship, in particular its content and structure. The main purpose was to provide guidance to the butchery employer trailblazer group, ahead of a formal Institute for Apprenticeships review of the butchery standard, due to take place later this year. 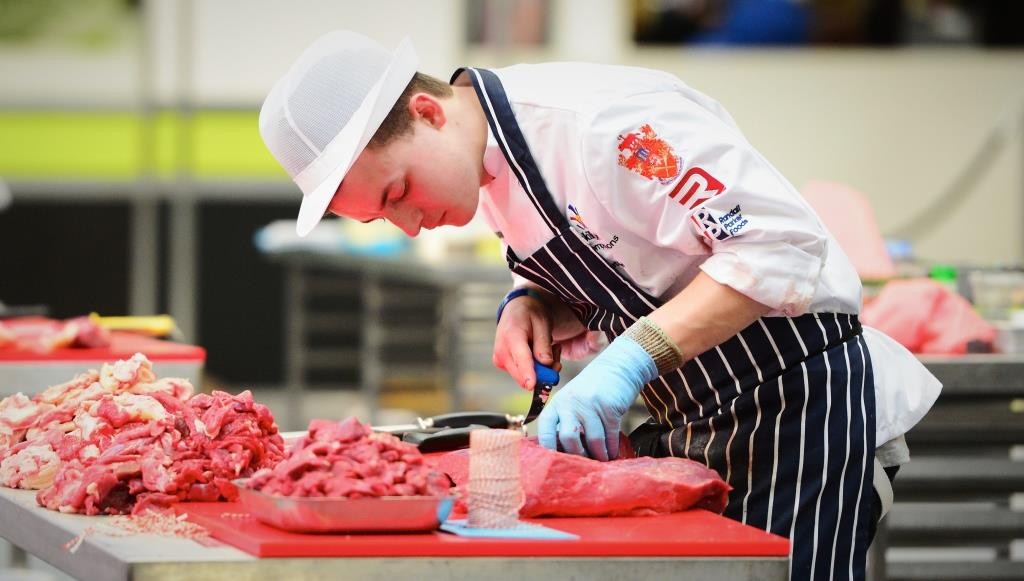 The consultation involved online surveys, face to face and telephone interviews with a wide range of stakeholders. Companies contributing to the consultation ranged from multiple retailers and large meat processors to independent butchers shops.

Employers were asked whether the knowledge, skills and behaviours set out in the apprenticeship reflected the attributes required of a level 2 butcher. The results were:

Recognition was given to the fact that the apprenticeship is unapologetically more challenging than previous programmes. John Mettrick, owner of Mettricks Butchers and President of National Craft Butchers commented: “To have the title of butcher we need to set a high base level, so the apprenticeship is something worth having.”

The consultation and resultant report is likely to generate debate amongst the employer group on whether the current overarching apprenticeship should in future be split into sector specific apprenticeships. Forty six per cent of the employers who responded to the survey felt that consideration should be given to separate standards. Process butchery was the sector attracting most calls for separate consideration.

For apprentices, perhaps the biggest acid test of all was the question – Would you recommend the butchery apprenticeship to a friend considering butchery as a career?

All bar one of the apprentices completing the survey voted ‘Yes’.

Ftc chief executive, Bill Jermey, said of the report: “I’m delighted that so many respected members of our industry lent their voice to the consultation. It’s certainly pleasing to hear the apprenticeship being so positively received. However, the report is much more than a one-dimensional endorsement. I’m sure the employer group will take on board its learnings and together we can improve it even further.”

The full report is available for downloading here.