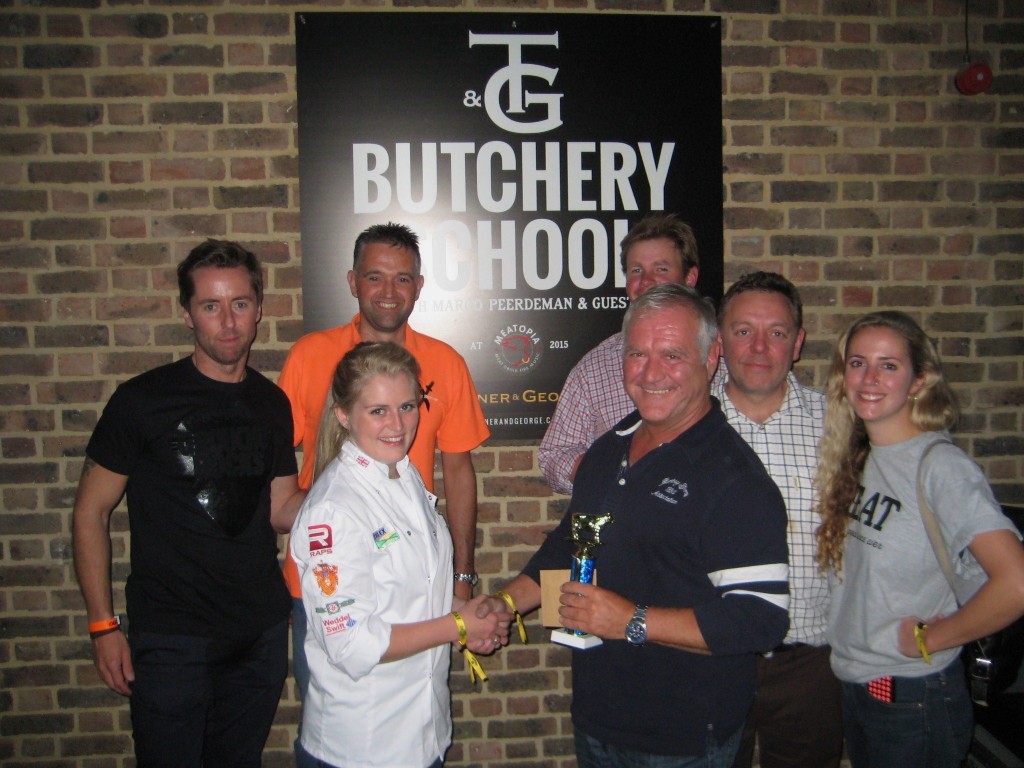 Lucy with judges and guests at MEATOPIA.

The competition at the Turner and George Butchery School organised and run by ‘Orange Butcher’ Marco Peerdeman consisted of 36 food enthusiasts competing in six heats over the two days.

Founded in the US by former restaurant editor of Esquire Magazine, Josh Ozersky and award-winning author, James Beard and brought to the UK by chef Richard Turner and London butchers, Turner & George., Meatopia is a festival of high quality, ethically sourced meat cooked over ethically sourced wood and charcoal by some of the world’s leading chefs and is described as ‘a weekend-long love affair of meat, drink, fire and music and legendary event for food lovers’!

Following her London success, Lucy with Premier Young Butcher 2015 runner up Joe Smith of Lishman’s of Ilkley, now go on to begin training for the 2016 International Young Butcher Competition at IFFA in Frankfurt next May.