EFSA claims raw pork is the main cause of Hepatitis E

EFSA claims raw pork is the main cause of Hepatitis E

New research conducted by the European Food Safety Authority (EFSA) has reported that consumption of raw or undercooked pork meat and liver is the most common cause of Hepatitis E infection in the EU, with domestic pigs being the main carriers of the virus. 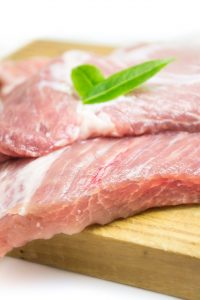 They also recommend the development of suitable methods for detecting Hepatitis E in food.

The scientific advice given was built on previous scientific opinion on the occurrence and control of foodborne viruses published in 2011.

Rosina Girones, chair of EFSA’s working group on Hepatitis E, said: “Even if it is not as widespread as other foodborne diseases, Hepatitis E is a growing concern in the EU.

In the meantime, the European Centre for Disease Prevention and Control (ECDC) also published a report on Hepatitis E on humans, which revealed that the number of confirmed HEV cases has seen a ten-fold increase in the decade from 2005 to 2015, from 514 to 5,617 cases.

ECDC also mentioned that although HEV is not a reportable disease at the EU level, better surveillance practices alongside clinical awareness would help to better understand the epidemiology of the disease and support the implementation of prevention measures.

Humane Slaughter Association and Defra team up on pig welfare