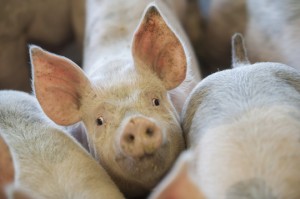 RUMA promotes responsible use of medicines in farm animals.

RUMA, which promotes responsible use of medicines in farm animals, has endorsed the list as part of its “Targets Task Force”, which is due to report goals for reducing antibiotic use in each livestock sector in October this year.

The decision means that under the One Health banner, the UK farming industry should be aiming to reduce use of fluoroquinolones, third and fourth generation cephalosporins and colistin, while making use of these antibiotics in cases that no other product will be effective.

RUMA’s secretary general, John FitzGerald, explained that different agencies produce their own priority lists as they assess different risks and added: “This group, comprising a wide range of specialist European organisations, has made its recommendations after examining the impact the use of antibiotics in animals has on public and animal health in the EU, and measures to manage the possible risk to humans.

“Most importantly, the EMA’s recommendations are reassessed as new science emerges.”

The World Health Organisation, the US Food and Drug Agency and the EMA publish slightly different lists of highest priority CIAs.

Sales of antibiotics on the EMA’s highest priority CIA list make up a small proportion of the 56mh/PCU total antibiotic use in livestock and UK veterinary sales data show that industry has already acted with reductions in sales of the aforementioned antibiotics between 2014 and 2015.