Ahead of a debate in the Scottish Parliament, NFU Scotland has welcomed the opportunity to highlight the positive role that Scotland’s farmers and crofters are playing in tackling climate change. 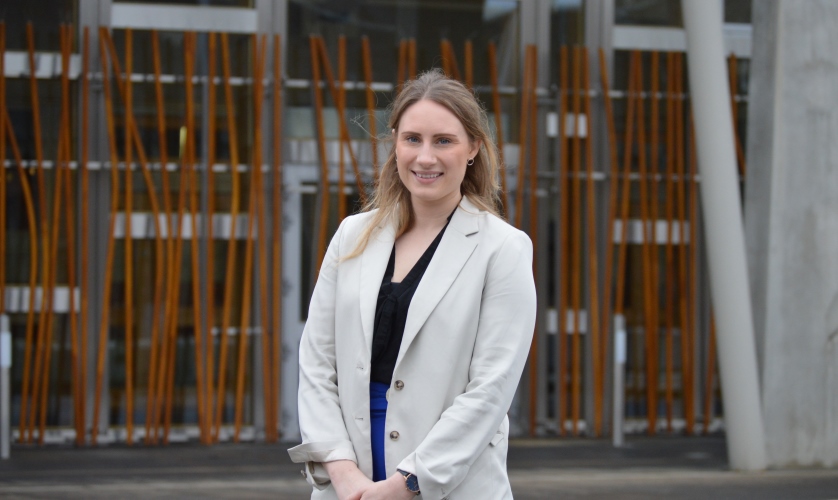 NFU Scotland’s political affairs manager, Clare Slipper said: “Scottish agriculture already has an incredibly positive climate change story to tell and this debate is a great opportunity to tell it.

“Scotland’s farmers and crofters see themselves as part of the solution to climate change and we call on all MSPs to support policy options in the future which offer a suite of practical measures to help farmers reduce emissions while maintaining production and driving forward the performance of agricultural businesses.”

Slipper continued: “We must also work alongside the Scottish Government to lobby the UK Government to ensure that future trade arrangements consider the best outcomes for the UK as a whole and that includes giving consideration to climate change and the environment.

“Trade deals must ensure that all future food imports into the UK are produced to at least equivalent standards as those required of producers at home.”

“Environmental protection standards enshrined in UK legislation are delivered day in, day out by our farmers and crofters. Trade deals must ensure that all future food imports into the UK are produced to at least equivalent standards as those required of producers at home.”

Maurice Golden, MSP for West Scotland, is leading the debate and has laid a motion which states, in full, that the Scottish Parliament: “welcomes the contribution of Scottish agriculture to protecting the environment and being part of the solution to tackling climate change; commends Scottish farmers, including those in the West of Scotland, for reducing greenhouse gas emissions by 29.4% since 1990.”

Golden continued to say that the Scottish Parliament also: “recognises that Scottish farmers already work hard to preserve the landscape, improve biodiversity, plant and manage woodland, restore peatland, improve water and soil quality and generate renewable energy; acknowledges the view that there is a need to develop a suite of joined-up, practical and progressive policies that allow food producers to continue running their businesses in a more sustainable and efficient manner, and looks forward to the new Agricultural Modernisation Fund assisting industry in this transition.”