Workers at meat plants across America are refusing to go back to work after President Donald Trump ordered meat processing plants to stay open, according to a trade union representing workers in food processing. 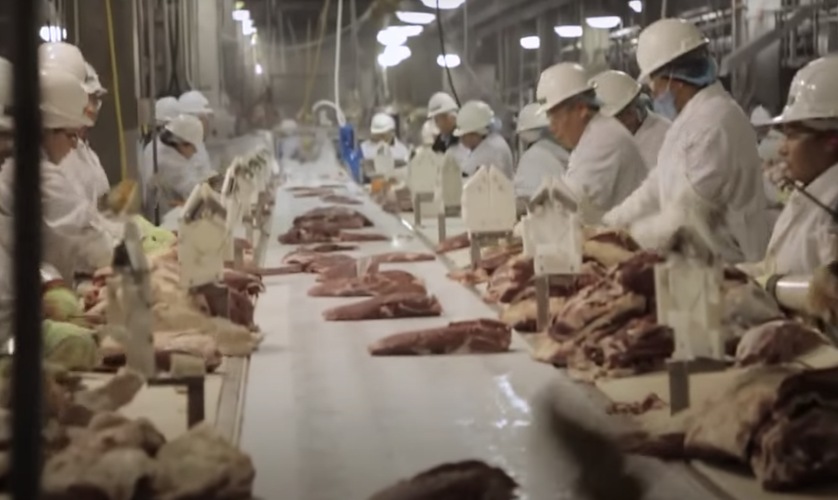 United Food & Commercial Workers Local 7 (UFCWL7) union, which represents workers at the JBS USA plant in Greeley, Colorado, said workers were scared to go back to work after it was revealed that seven employees from the plant had died from coronavirus.

Kim Cordova, president of UFCWL7, said: “They signed up for a job to process meat, protein for this country. They didn’t sign up to die. We don’t want this job to be a death sentence for workers. They are not disposable objects.

“People feel helpless, they feel like they have no voice and will be forced to go to work without safety protocols, and now companies don’t have to worry about their liability.”

This comes after Donald Trump signed an Executive Order for meat processing plants to reopen in order to maintain the country’s supply of meat.

“They signed up for a job to process meat, protein for this country. They didn’t sign up to die. We don’t want this job to be a death sentence for workers. They are not disposable objects.”

The Executive Order read: “Given the high concentration of meat and poultry processors in a relatively small number of large facilities, closure of any of these plants could disrupt our food supply and detrimentally impact our hardworking farmers and ranchers.

“Closure of a single large beef processing plant can result in the loss of over 10 million servings of beef in a single day. Similarly, the closure of a single plant can eliminate more than 80 percent of the supply of a particular meat product—like ground beef—to an entire grocery store chain.”

Following a rise in positive cases and deaths at the JBS plant in Greeley, US vice president Mike Pence said it was working with the plant to test all of its employees.

However, MSNBC reported that after initial testing of managers and supervisors revealed that 40% of those tested positive for coronavirus, testing for production line workers and other members of staff was stopped.

The JBS plant in Greeley was reopened after a closure of 11 days, and Chris Gaddis, head of human resources for JBS USA said at the time: “After voluntarily closing the Greeley beef facility in an effort to stop potential spread among our workforce and contribute to community containment, we have taken proactive steps to complement our existing Covid-19 prevention efforts in the facility and continue to provide a safe working environment.

“We believe our partnership with the CDC, the National Institute for Occupational Safety and Health (NIOSH) has enhanced our prevention protocols and will give our team members confidence to safely return to work.”

BMPA calls on Government to remove tariffs for US pork exports