The Agriculture and Horticulture Development Board (AHDB) has reported completion of the disposal process for Meat and Livestock Commercial Services Limited (MLCSL), which the organisation asserts will result in a total of £1.3 million being reinvested in the beef, lamb and pork sectors.

MLCSL has been acquired by Hallmark Veterinary Compliance Services after the deal was approved by farming minister, George Eustice, on 30th November.

The controversial move was first announced in March this year and following pressure from various industry bodies, the disposal process has subsequently gone through what AHDB describe as ‘significant consultation with industry’. 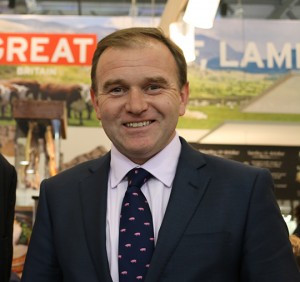 The deal was approved by farming minister George Eustice on 30th November.

An oversight committee will now be established in order to secure independence and value across the country’s abattoirs.

“A lot of hard work has gone into this sale from a lot of people and we are pleased we have finally crossed the finishing line.”

The move will affect 103 members of staff, however AHDB have claimed that no job losses are expected, along with no disruption in services for customers.

David Peace, chairman of Hallmark, said: “We are absolutely delighted with the acquisition of MLCSL, which we believe fits very well with our current operations, to the mutual benefit of both businesses’ future development.

“MLCSL’s key strengths are its very highly experienced and loyal staff and managers, and we’re very excited about this opportunity to work together, building on MLCSL’s well-acknowledged skills, its powerful brand and expanding its services and reach.”

In a statement posted on its website, AHDB has said it believes that by entering the business into the private sector with a company of strong track record in the meat industry, opportunities will be opened up for efficiencies and synergies that may not be possible under current ownership.

Stockpiling concerns for a hard Brexit