April springs into action at 2 Sisters

April springs into action at 2 Sisters 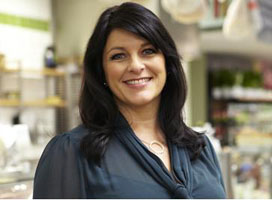 And Preston had a clear message just one month into the newly-created role – if food producers don’t innovate, they risk failure.

Preston, who managed new product ranges at Marks & Spencer, was talking just days into her new role at the food manufacturing giant, and pulled no punches in her assessment of the market.

She said: “The risk of not innovating is far greater than the risks associated with innovating. As the quote goes: ‘if you don’t invent the future, someone else will!’

“I’m joining 2 Sisters at a very exciting time following a period of rapid growth and acquisition. In today’s highly competitive landscape and with significant market share across so many categories, innovation is the life blood of future growth and success. We must lead the way in developing distinctive points of difference and unique product propositions to set ourselves apart from competitors and appeal to both our customers and consumers.

“Our CEO, Ranjit Singh, is a natural and talented entrepreneur who is decisive and not afraid to take a risk. What better foundation can there be for creating and supporting an innovation based growth strategy. I’m confident and excited about the future for 2 Sisters.”

Preston’s arrival at 2 Sisters is the latest in a string of new senior appointments at the group as part of a restructure aimed at streamlining the group’s vastly expanded operations following the purchases of Northern Foods in 2011 and Vion UK’s red meat and poultry businesses earlier this year.

In August, 2 Sisters created two new chief operating officer roles, one for its protein division and one for chilled, ambient & frozen, both of whom will eventually report directly to CEO, Ranjit Singh.