One of the meat industry’s giants, Bill Parker, a director and one of the founders of the Randall Parker Food Group, has passed away. 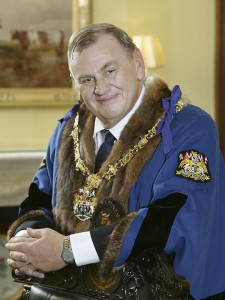 Born in 1946, Bill was the third generation of his widely respected family to give their all for the meat industry.

His father was a founder member of the Federation of Fresh Meat Wholesalers (later merged into today’s BMPA) and Bill never missed an annual conference from 1957 onwards.

Bill served as the organisation’s president from 1989/91, during the dark days of BSE and played a key role in liaison with Government and the wider industry.

He entered the Livery Company of the Worshipful Company of Butchers in 1970 and became a member of the court, and in 2003 was elected Master.

Bill’s smiling face, huge presence and dedication and service to the industry will be missed by many.