From today, the cost of freshly cooked, hot roast chicken will jump by 20% as new Government tax rules come into effect. 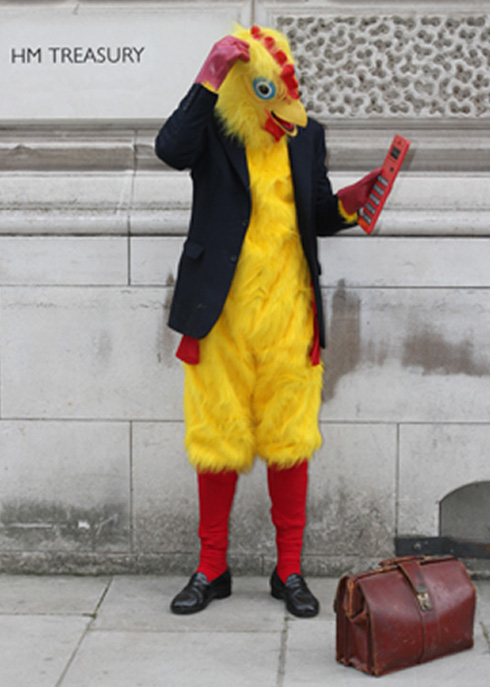 The tax is expected to increase VAT receipts by just 0.03%, chicken feed for the Treasury but not for Britain’s hard pressed families, half of whom say they now have less money to spend than a year ago.  The move is expected to cost shoppers an estimated £34 million every year. Jamie Winter, Fresh Food Director at Morrisons commented: “Any move that impacts the dinner tables of hard working families is worrying, particularly at a time when so many are struggling to make ends meet.

“Hot roast chickens are bought every week by thousands of families pressed for time to create a quick, easy and healthy meal. Whole chickens aren’t going to be taken out of the bag and eaten on the way home. They are not take-away food and should not be treated as such, which is exactly what the Treasury is doing with this new and unfair tax.

“We are calling on the Government to review the impact that this tax will have.”

As a result of the new tax, six in every seven families that use shop bought rotisserie chickens to make a healthy meal say that they will be forced to buy them less often or stop buying them altogether.  Based on Morrisons in-store trials, it is also estimated that the move will cost industry around £19.9m per year, equivalent to 9% in lost sales, impacting British farmers.

‘Don’t Tax Our Roast’, the campaign urging the Government to rethink its plans to add VAT to freshly cooked roast chicken, has attracted over 40,000 signatures since its launch three weeks ago.  The campaign is backed by the British Poultry Council, the National Federation of Meat and Food Traders, parenting website Netmums and Morrisons supermarket, who believe a tax on whole rotisserie chickens is unfair.