Boparan Holdings, the parent company for 2 Sisters Food Group, has seen operating profits drop in the fourth quarter of 2016-17, with margins “severely affected by further inflation and foreign exchange on commodities and one-off costs”. 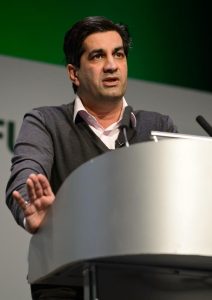 “Profitability has been adversely affected in the quarter by higher than anticipated commodity inflation not being fully offset by price increases and cost reduction efforts,” the company said in its financial statement.

“Several exceptional items” were also cited as reasons for its performance, with costs in relation to financial reporting and control issues at one of the group’s “small standalone businesses, impairment of assets as a result of this, together with redundancy and disruption costs relating to the poultry site closure in Q4”.

“Clearly margin performance improvement is a top priority, and this will be underpinned by working hard on the action plans that make the most difference to our core business.”

The closure of Site D in West Bromwich is expected to impact the group’s first quarter results, according to the statement, which added that the plant has recommenced supply to customers, following a “comprehensive colleague retraining programme”.