The Advertising Standards Authority has upheld a complaint from Compassion In World Farming (CWF) and 206 members of the public who, in the main appear to be supporters of CWF, that advertising by BPEX including the strapline ‘PORK NOT PORKIES. RED TRACTOR PORK IS HIGH WELFARE PORK’ may mislead consumers.

In a statement BPEX, which is a division of The Agricultural and Horticulture Development Board (AHDB), welcomed the Advertising Standards Authority opinion which they point out does agree ‘…that, particularly in the areas of castration and sow stalls, the quality of pig welfare in the UK was high in comparison with the welfare of pigs in many European countries’. 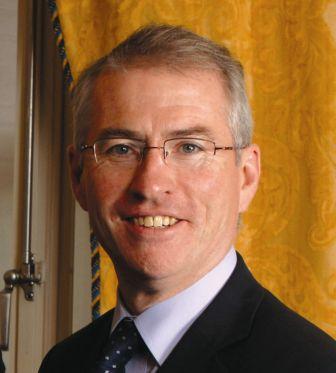 BPEX director, Mick Sloyan: “We accept the opinion of the ASA regarding this small technicality."

BPEX also points out that this is in line with independent and expert groups including the House of Commons Environment, Food and Rural Affairs Select Committee who stated that ‘English pig farmers are rightly proud of their high welfare standards’ and the Farm Animal Welfare Council, who stated that ‘the majority of pigs in Great Britain are kept to a higher welfare standard than elsewhere in the EU and other countries’. However, the ASA decided that the BPEX adverts stating that ‘Red Tractor Pork is high welfare’ were not explicit in stating the comparison was with imported pork.

Mick Sloyan, BPEX director said “We accept the opinion of the ASA regarding this small technicality. We will continue to promote the independently audited standards behind Red Tractor pork and pork products, including welfare, in a way that is absolutely clear to consumers. The English pig industry continues to invest in research aimed at improving pig welfare, despite the acute financial pressure we are under.  We are proud of our existing welfare standards and methods of production and we are deepening our understanding of how these impact on the pigs in our care through the Real Welfare Project.  This is much better for pig welfare than relying on often misplaced views of production systems”.

BPEX chairman, Stewart Houston said “It is bizarre that at a time when the EU is trying hard to bring other Member States standards of pig welfare to something approaching the standards that we have had in the UK for over a decade, we have complaints being made by a UK organisation which claims to be focussed on improving animal husbandry across the world.

“The UK is less than 50 per cent self-sufficient in the supply of pork, bacon, ham and sausages, with around two-thirds of imported pig meat produced to welfare standards which are below the UK minimum.  The Red Tractor scheme allows consumers to make an informed choice as to which welfare standards they wish to support. The UK pig industry invested back in 1999 and has used the Red Tractor to help consumers identify high welfare quality assured pork and pork products and reward UK farmers for the additional production costs associated with high welfare pig production. To try and discredit or undermine the Red Tractor is to encourage more imported meat which is not produced to such exacting welfare standards”.

The full adjudication can be found on the ASA website: www.asa.org.uk