BPEX reaches out to young consumers through new pork campaign

BPEX reaches out to young consumers through new pork campaign

In a bid to increase the popularity of pork with young consumers, BPEX has announced a major new marketing drive. It is designed to pull in younger generations and improve the sustainability and profitability of British pig farming. 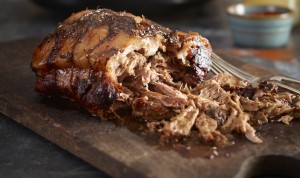 Commencing on 29th April, the new campaign will be backed by a £2 million TV led advertising drive that will aim to promote young shoppers to cook pulled pork in their own homes.

The TV drive, further backed by PR and social media initiatives, will initiate the first part of a three to five year campaign targeting young consumers. The campaign has received receive support from leading processors and major retailers.

Speaking about her hopes for the campaign, BPEX head of marketing, Kirsty Walker, said: “As well as inspiring consumers to try more pork, we are working with processor and retail partners to ensure the whole supply chain benefits from the campaign.

“Sales of fresh pork over the past decade have been flat or in decline and this problem is going to worsen if we don’t reach out to younger consumers. This is an issue that affects the whole pig industry and I’m delighted that the processors and the retailers have got behind the campaign and are investing in it themselves, making it an industry-wide, integrated campaign.”

For further information on the campaign and how to get involved contact BPEX on: loveporkenquiries@bpex.org.uk.