As voted for by Guardian and Observer readers The ‘Best Independent Retailer’ award was presented to Keelham Farm Shop in Bradford. Run by the Robertshaw family, it has a loyal customer base with locals buying their groceries from the family since 1929. 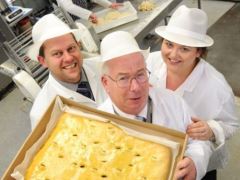 Run by brother and sister Victoria and James, the two took over the business nine years ago following their father’s death and have built up the shop which serves both the community and local producers. Working to lower margins than some of their rivals, they are on average 10% cheaper than the big supermarkets and also run a vegetable exchange scheme from June to September.

Marking a first in the history of the awards, edible trophies created by Heston and the team at the Fat Duck, were given to all 16 winners on the night.

Victoria Robertshaw said: “It is a fantastic honour for Keelham to win the Best independent retailer award alongside some of the most exciting names in food right now, many that we’ve admired for years.

“To have been voted for by the Observer-reading general public is a wonderful reward for a massive collective effort that stretches right across Yorkshire. Our customers and team are as passionate as we are about producing great tasting, fresh food at an affordable price and we are proud of our family’s agricultural roots in the region, stretching back for more than eighty years. 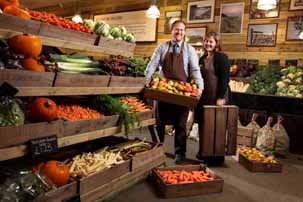 “We have developed many innovations to champion the sustainable production of home-grown and reared produce and this award is further testament that the farm shop concept we’ve built over the last four decades is a successful one. Our customers enjoy the experience of shopping at Keelham in the knowledge that, by doing so, they are supporting more than 400 local farmers and producers and, just this week, we’ve extended our reach UK-wide with the introduction of a new online service which means that many more people can experience our products delivered direct to their homes.”