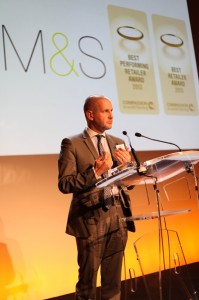 Dr Tracey Jones, director of Food Business at Compassion, in World Farming said: “Opening up the Survey to other European companies has been interesting. It’s often perceived that in the UK animal welfare is a more mature issue and while UK retailers still came top in many of the Retailer Award categories, there was stiff competition from their European counterparts which was great to see.  It is Compassion’s intention to engage with as many of the big retailers and manufacturers as possible since working with the giants of the food industry will affect the biggest change and impact the lives of millions of farm animals.” 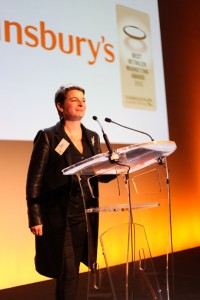 Mark Atherton-Ranson, Agriculture Sourcing & Animal Welfare Manager, Marks & Spencer said: “M&S has got a great track record in delivering high standards of animal welfare and we only work with suppliers who share our welfare commitments. Introducing higher welfare standards can present some big challenges but each of them gives us great opportunities to move animal welfare forward and deliver to customers what they expect from us. Marks & Spencer has worked with Compassion for over a decade and the Supermarket Survey has been an integral tool in allowing us to further develop our animal welfare policies and to make sure that we are delivering high standards of welfare to our customers.”

The winner for this Award was based on the highest scores obtained in the marketing and communications sections of the Supermarket Survey, which was further assessed by an expert panel.

Ultimately, Sainsbury’s walked away with the prize because “They appeared to us as the retailer with the best examples of promoting animal welfare to the consumer, and having the greatest impact on consumer purchasing habits, especially by offering year-round promotions and clear marketing on higher welfare products,” explained Dr Jones of Compassion.

Sue Lockhart, Head of Agriculture, Sainsbury’s, said: “We are really delighted to have won the Best Retailer Marketing Award.  As a business we are committed to higher farm animal welfare standards and work hard to communicate this to our customers. This recognition from Compassion will help us to further strengthen our welfare credentials and messages, helping us to encourage more consumers to try higher welfare products in their weekly shop.”