The event, which took place at The Dorchester on 24th September rewarded farmers, supermarkets and catering companies for the British turkey products, with Asda winning Retailer of the Year for their range of fresh everyday turkey cuts. 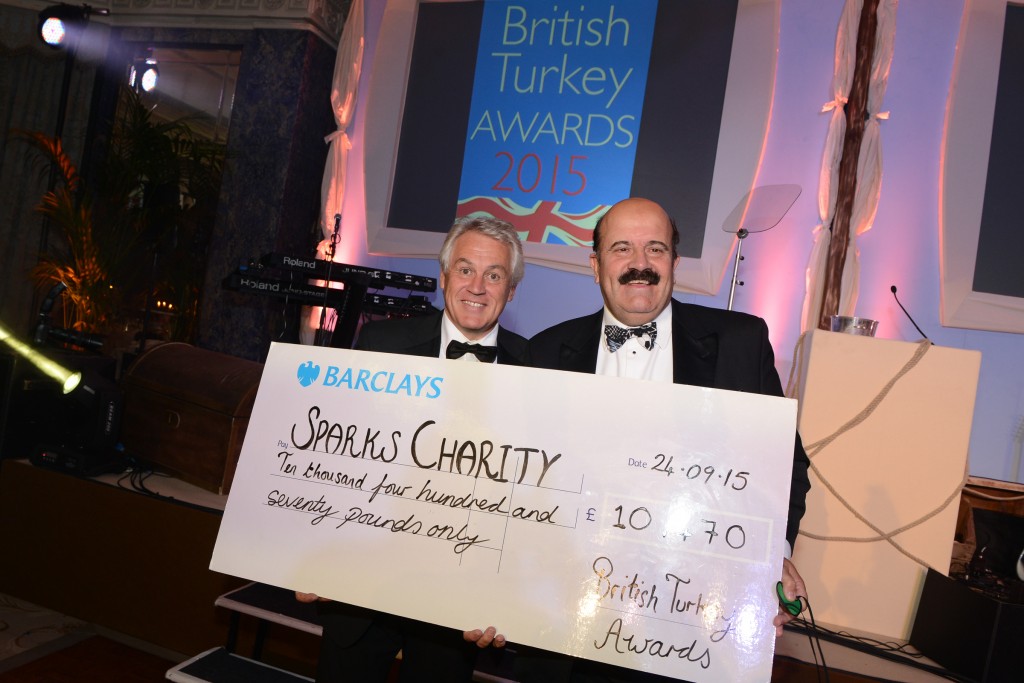 Paul Kelly, chairman of the British Turkey Federation and Willie Thorne with a cheque for £10,470 for children’s charity Sparks.

As well as supporting Sparks, over £2,000 was also raised for Dravet Syndrome UK charity on the night.