The month of January saw UK farmgate pig prices ease which is not unusual for the beginning of the year when meat consumption tends to be subdued after the excesses of the festive season.

However, farmgate prices have been trading around 16% lower than a year ago with a number of factors at play, according to Iain Macdonald, Economics Analyst with Quality Meat Scotland (QMS). 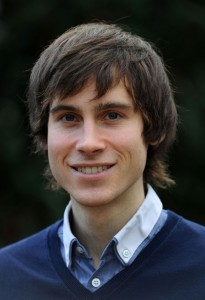 “The most significant of these have been on the supply side. Indeed, at the UK level, 2014 was the fifth consecutive year of increased pig slaughterings and the number of pigs slaughtered was at its highest level since 2002,” said Macdonald.

“Once you factor in heavier carcase weights, at 862,100 tonnes, UK pigmeat production was at its highest level of the century. At the start of this year, weekly abattoir throughput is estimated to be running seven percent ahead of last year.”

The increased level of supply has come despite UK census data reporting a contracting breeding herd.  In June 2014, sow numbers were down 3.5% year-on-year at 406,000 head and compared with 2002, there were 28% fewer sows.

“These figures show how significant the improvement in pig sector productivity has been.  Years of investment in improving herd health and genetics have seen a huge leap forwards.

“With the cost of feeding each sow spread over an increased output of pigmeat, producers are therefore better placed to withstand a reduction in farmgate prices,” observed Macdonald.

“Looking again at pig prices, it is not only domestic supplies and productivity which have been putting pressure on the market.  With the EU locked out of Russia – a key export market – for over a year now, processors across the continent have found it harder to find customers for fats and offals as well as for fresh meat” said Macdonald.

Furthermore, pigmeat production across the EU has increased, rising more than four percent year-on-year in the three months to October, adding to the imbalance between supply and demand.

“The consequence of this imbalance has been significantly lower producer prices.  Indeed, the EU average was nearly a fifth lower than a year earlier in the week ended January 25, with even larger declines of 22% in Holland and 28% in Spain,” added Macdonald.