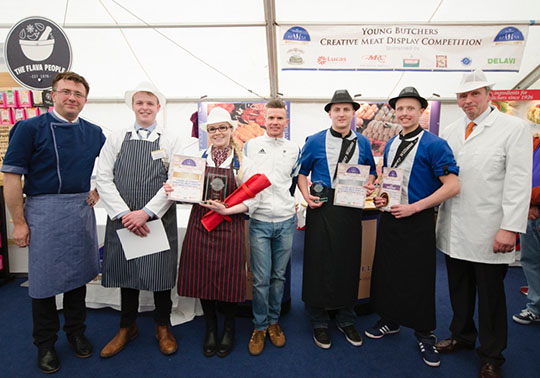 Featured at the show was The Young Butchers Creative Meat Display Competition, with some of the finest young butchers in the North West exhibiting their skills.

Competitors were tasked with completing a display in two hours, using a knuckle of beef, fore of pork, shoulder of lamb and two whole chickens, plus a pantry of Verstegen, MRC and Lucas products supplied by Dalziel.

The judges said her display was ‘innovative, showed good use of primal cuts and was very well organised.’ Jessica won an engraved set of knives, £100 of vouchers and received a winners plaque and certificate.

Dalziel’s regional director Peter Gregory said: “The show was extremely successful with visitors on the day travelling from as far afield as Donegal, Ireland. We’ve held many smaller events over the last 15 years, and we’d like to thank our trade partners for making this our best yet.”