Chefs across the country serving Welsh Lamb on their restaurant menus are being encouraged to reference its PGI status. By clearly referencing PGI and making it visible to patrons it is hoped customers will be reassured as to the origin of the meat they are ordering.

Pip Gill from Hybu Cig Cymru (HCC), the organisation behind PGI Welsh Lamb, said: “Restaurant customers are becoming increasingly discerning, caring more and more about their food’s origins especially since the issue has been highlighted in the press. Using Welsh Lamb’s PGI status as a guarantee of quality and traceability can make all the difference to the appeal of a menu. 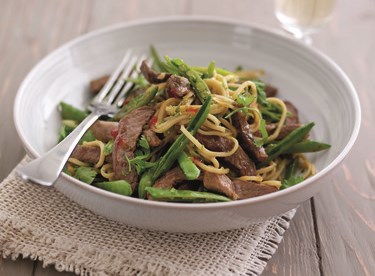 “Using PGI Welsh Lamb is a distinguishing characteristic which marks a menu out as a sign of quality and we would encourage chefs to include it when they are looking at refreshing their dishes and menus for the summer.”

Celebrity chefs including Jamie Oliver and Richard Corrigan have already chosen PGI Welsh Lamb for special occasions, such as the G20 summit in London, the Ryder Cup, Wimbledon and a special dinner to mark the Queen’s Diamond Jubilee.

Welsh Lamb celebrates a decade of PGI status this year, which is awarded by the European Commission to protect and promote regional food products that have a quality, reputation or noted characteristics specific to that area.