The RSPCA has announced a move which they claim will not only improve the welfare of millions of chickens – under its RSPCA Assured label – but should also make meat safer. 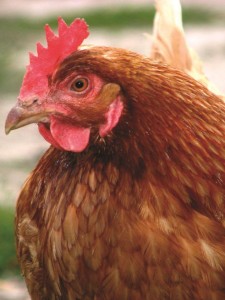 From 1st January farmers rearing to RSPCA welfare standards will not be permitted to thin their flocks.

From the new year a procedure known as ‘thinning’, where a proportion of chickens are removed from a shed for slaughter earlier than the rest, will be banned for animal welfare reasons on farms rearing to RSPCA standards. A study by the European Food Safety Authority has reported that thinning is linked to increased rates of campylobacter in chickens.

The bacteria is reported to be the dominant cause of food poisoning in the UK – estimated to be responsible for more than 280,000 cases every year, and four out of five cases result from contaminated poultry according to the Food Standards Agency.

Dr Marc Cooper, chicken welfare specialist at the RSPCA said: “Our ban on thinning will be a major step forward for the welfare of chickens. Once again the RSPCA is leading the way on farm animal welfare by setting these pioneering standards for indoor reared chickens and we hope other farm assurance schemes will follow suit.”

Thinning is commonly used within the chicken industry to maximise the number of birds that can be reared within a shed over a given period of time. The process involves rearing the birds to the maximum stocking density permitted and then removing a proportion of them to lower the density. This can take place several times before all the birds are finally removed from the shed. According to the RSPCA this can be a stressful experience for the birds as their feed is removed to allow catching teams to round-up the birds more easily. Also the temperature inside the shed can drop, particularly during the winter, as teams of catchers enter.

Dr Cooper added: “Sadly, welfare is often compromised to produce chicken as cheaply as possible. Consumers concerned about farm animal welfare who want to make a difference should look for the RSPCA Assured label.

“I hope that producers who are not currently rearing to RSPCA welfare standards will follow suit and ban thinning but without implementing other compensatory management practices, such as increasing stocking densities, that could have a negative impact on welfare.”

From 1st January 2016 farmers rearing to RSPCA welfare standards under the RSPCA Assured label will not be permitted to thin their flocks.