Defra secretary, George Eustice, said there is a ‘discussion to be had’ on the importing of acid-washed chicken from America as part of a US trade deal, while also refusing to rule out importing chlorinated chicken. 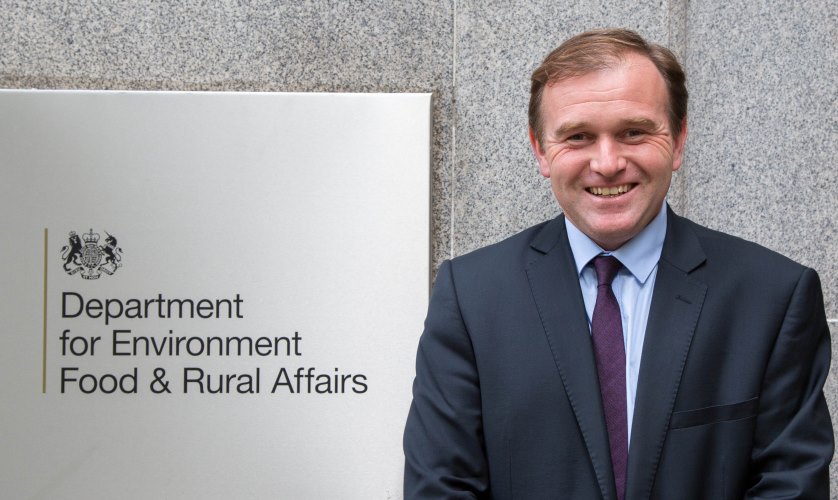 Speaking on Sky News over the weekend, Eustice said: “The truth is that it is already illegal in this country to sell chlorine washed chicken or indeed hormone beef. That is in our legislation, but the important thing I would say is we believe very passionately in this country about our food standards and our animal welfare standards.

“We are absolutely clear as a Government that we will not take risks either with our food standards and that when it comes to animal welfare, we will be projecting our views on animal welfare on the international stage.”

When pressed on the issue, Eustice continued: “What I am saying is we won’t make any moves on our standards. We have got a clear position in this country that it is illegal to sell chlorine washed chicken, illegal to sell beef treated with hormones.

“We have no plans to change those things but equally… it is not the case that the US currently use chlorine washed chicken anyway.”

Speaking on the BBC’s Andrew Marr Show over the weekend, Eustice also said there was ‘room for a sensible discussion’ on importing chicken washed with lactic acid into the UK as part of a trade deal.

“With the Tories’ desperation for a trade deal with Donald Trump, it would appear they are rolling back on their promises. They are wilfully threatening British consumers and farmers.”

BPC chief executive, Richard Griffiths, said: “British poultry producers don’t dip their chicken carcase in chemicals as we do not ‘clean up at the end’ or take any short-cuts when it comes to producing food. Britons demand safe, wholesome, and nutritious food; world-class animal welfare; production that respects the environment; food that is affordable and available; and a sustainable and secure supply chain. Post-Brexit deals must respect that. British farmers have worked incredibly hard to build a food system that ensures high standards of production from farm to fork.

“It’s Government’s duty to ensure that production standards of imported food meet British standards as a condition of entry. If food produced to lower standards is allowed to enter the British market, it will create a two-tier food system, in which only the affluent can afford to eat British food grown to British standards. This is unacceptable.

“Losing control of how we feed ourselves as a nation would undermine British food producers at a time when we should be looking to use Brexit as an opportunity to take matters of food security, nutrition, and sustainability into our own hands.”

Tim Farron of the Liberal Democrat Food and Rural Affairs, said: “Farming communities up and down the country are rightly concerned about being undercut by low-standard imports from the US. With the Tories’ desperation for a trade deal with Donald Trump, it would appear they are rolling back on their promises. They are wilfully threatening British consumers and farmers.

“The Liberal Democrats will stand shoulder to shoulder with British farmers and consumers and stop Boris Johnson ramming through a damaging Trump trade deal.”