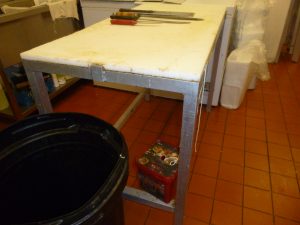 Summerfield Butchers closed on 31st March after an inspection by the Environmental Health Team.

Amongst other violations, investigators found that the butchers were failing to check that meats were being adequately cooked, and were not using their equipment correctly.

In addition, they found the remains of a rat caught in a trap on the premises.

Owner Gerald Spadaccini did no contest the orders and he has been ordered to pay the council’s legal and investigative costs of £2,341.

The business will remain closed until officers are satisfied that it poses no further risk to public health.

Commenting on the case, Environmental Health manager at North West Leicestershire District, Lee Mansfield, noted: “The inspection revealed a number of food preparation and cleanliness practices to be at a very low standard, so the team opted to close the business for the protection of the public.

“While we always support food businesses in our district to improve their hygiene practices and only use closure as a last resort where there is an imminent risk to public health, our absolute main concern in cases like this is to protect the public.”