A recent landmark patent ruling has heralded the launch of a mono PET plastic tray for fresh meat.

The arrival of Signum® by Quinn follows a long and successful patent challenge by Irish plastic packaging manufacturer Quinn Packaging Ltd, against patents held by Klöckner Pentaplast and Faerch. In July the Intellectual Property Enterprise Court (IPEC) in London delivered judgement that both patents should be fully revoked. 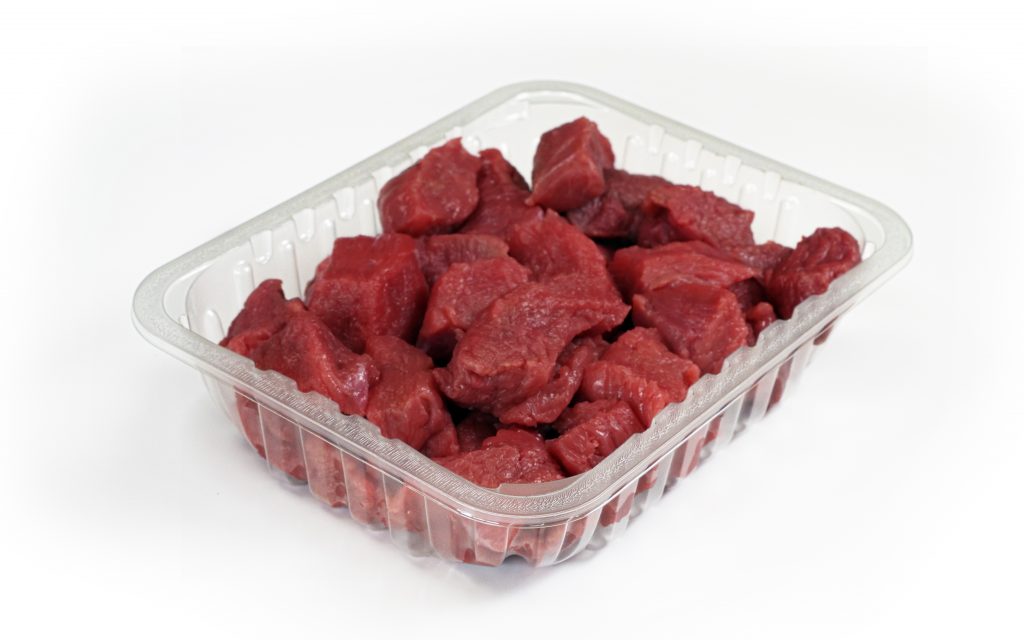 Signum® is a mono-material PET tray developed for the fresh meat, fish and poultry sectors. The tray was said to be favourably compared to the Linpac Elite ® and Faerch MAPET ® II products currently available to the market. In the course of the legal battle, the bid to defend claims of originality or ‘inventive step’ are reported to have failed.

Modified Atmosphere Packaging (MAP) trays for the protein sector were traditionally PET trays with a laminated polyethylene (PE) layer to provide an air-tight, lock seal. The inclusion of this PE sealing layer constituted a multi-material plastic tray that was more difficult to recycle and fell well short of the aspirations for a fully circular economy.

Signum® does not contain this PE sealing layer, but incorporates an adhesive coating that is selectively applied to the rim of the tray. The result is a mono-material PET tray that is wholly recyclable as part of a circular economy in the same way as PET bottles.

Mark McKenna, general manager of Quinn Packaging explained the significance of the patent ruling: “We are delighted with the outcome of the patent revocation action at the Intellectual Property Enterprise Court (IPEC).”