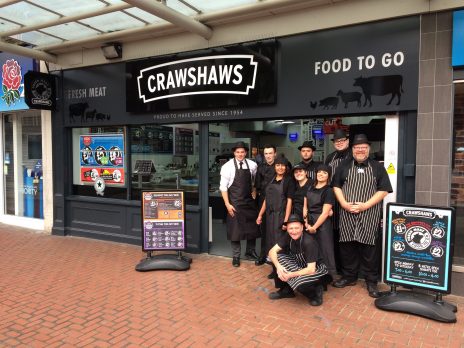 Cribbin, who previously ran a number of butchers shops in the Republic of Ireland and sold Gabbotts Farm to Crawshaw three years ago, has acquired the business via the newly created Longhanure Limited. The sale was completed on 1st December.

Earlier in the year it was reported that Crawshaw had suffered several years of financial losses, which resulted in the appointment of Joint Administrators Ernst & Young last month.

It was also reported that Crawshaw had ceased trading from 35 of its stores which resulted in 354 redundancies. The remaining 19 stores and South Yorkshire production centre have now been sold to Loughanure.

The previously announced Joint Administrators are reportedly continuing to market the sale of certain closed stores and related assets as well as recovering outstanding debtors.

According to a statement released by Crawshaw: “The Joint Administrators consider that the offer from Loughanure represents the best outcome for the creditors, employees and shareholders of the Group.” Longhanure was incorporated on 22nd November 2018 with Thomas Cribbin of Cribbin Family Butchers Limited the majority owner.

Following the sale of the Group, the Joint Administrators will also be assessing the prospects for the unsecured creditors with further details expected to be issued to the creditors of each company and the shareholders of the Group in due course.