The Danish Pig Research Centre has just published details of the progress made in implementing the agreements reached at the Pig Welfare Summit in March 2014.

The agreement included the setting of a number goals to ensure a continuing improvement in welfare standards on Danish pig farms. Amongst these are the improvement of survival rates of piglets, finding alternatives to the castration of male piglets to avoid the risk of boar taint, reducing the occurrence of stomach ulcers, moving towards the loose-housing of sows throughout the whole production cycle and eliminating tail-docking. 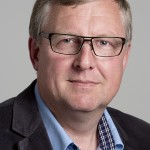 “We are pleased to announce that our industry has already made significant progress in meeting the commitments we made at last year’s ‘Pig Welfare Summit,’” says Erik Larsen, Chairman of the Danish Pig Research Centre.

“We recently launched a new information campaign, called ‘Pattegriseliv’, to help ensure that our farmers implement best practice to enhance piglet survival rates and our pioneering work in developing new systems for ‘freedom farrowing’ has already attracted major interest internationally. Our research to find alternative strategies to limit the risk of ‘boar taint’ continues apace – including feed and breeding trials, as well as investigating new selection protocols on our slaughter lines.

“We have also implemented a number of research projects which we hope will lead to new strategies for addressing the risk of outbreaks of tail-biting among our pigs”.

The progress report was published as around 400 delegates meet this week at a major conference in Copenhagen to review the latest developments in improving pig welfare internationally. The conference is entitled ‘Improving pig welfare – what are the ways forward?’ and is being hosted by the Danish Ministry of Food, Agriculture & Fisheries.

“We are looking forward to meeting with colleagues from around the world at this week’s conference. I feel it will be an excellent opportunity for Danish farmers to showcase much of the work we are doing to build on what we’ve already achieved and ensure the delivery of even better pig welfare standards in future,” added Larsen.