At the annual NI Institute of Directors Awards Jim Dobson was named ‘Large Company Director of the Year.’ 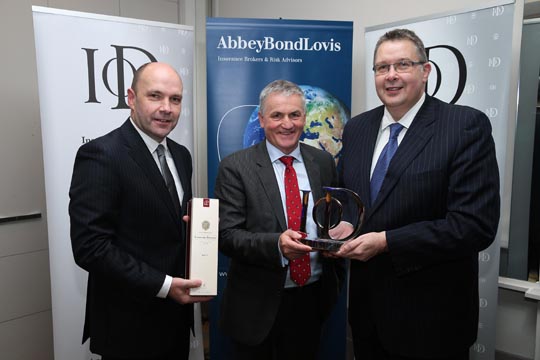 Dobson was honoured alongside eight other business leaders who were deemed to have made significant and valuable contributions to the success of their companies and typify excellence in leadership and corporate governance.

The judges said of Jim: “The panel were hugely impressed with Jim’s entrepreneurial spirit, having led an organisation from very humble origins to an employer of almost 4000 people. In a traditional sector of the Northern Ireland economy, Jim has overseen growth by acquisition but also through exporting, innovation and attention to the training and development of staff at all levels in the company.”

Speaking after the awards Jim Dobson said: “I feel honoured to receive this award and extend it to the Group Board and management teams who all play a pivotal role in the success of Dunbia. To receive this accolade alongside other such prominent and esteemed Directors is a real privilege and I believe the entrepreneurial culture and focus on developing our people will continue to be the driver for future growth in Dunbia.”