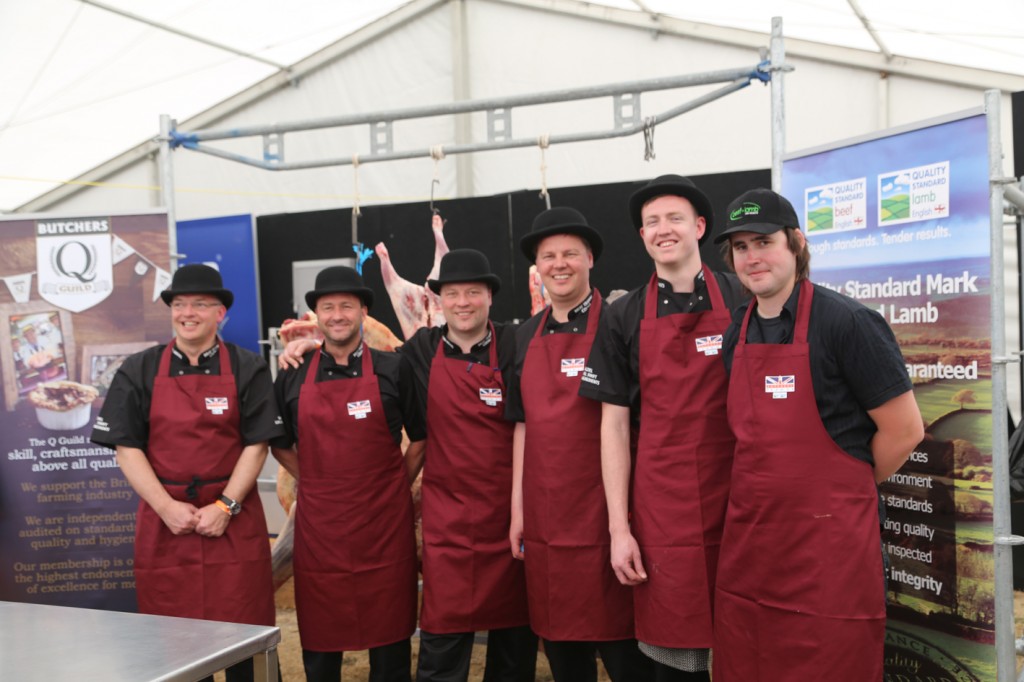 Team EBLEX down under in New Zealand.

The British team came third in the end and were involved in practical sessions and Brindon appeared as guest judge for the Golden Lamb Awards, to find New Zealand’s most tender and tasty lamb.

Brindon said: “On the final day we were set the task of cutting and displaying a side of beef and one lamb to the best of our ability within a two hour time frame. It was a tough competition as the standard was extremely high. We came third in the end and the Kiwis deservedly won.

“The trip was fantastic. It was great to share ideas and learn from each other. The New Zealand team were strong on clean label, but the thing that stood out most was their passion for their product (NZ Lamb).

“Even though we were at the other side of the world it was apparent that butchers are pretty much the same wherever you go. We share the same values and sense of humour and we struck up good friendships both with the Aussies and the New Zealand teams. And I’m very much looking forward to them coming to us next year for a re-match.”

And the Rural Oscars go to………..
EBLEX and agri benchmark to showcase global beef and lamb sector trends and developments