A “Scotch Bonnet” burger described by judges as “delicious, healthy and very Scottish” has lifted the top award in a “Commonwealth Burger” competition run by Quality Meat Scotland (QMS).

The three finalists in the nationwide competition battled it out at the Royal Highland Show. 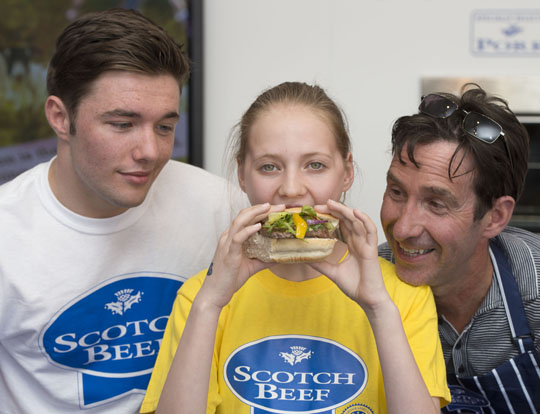 In addition to her burger being sold in Scotch Butchers Club member shops across the country in the run up to the Commonwealth Games, her school will also receive a £250 voucher to spend on Scotch Beef and Lamb PGI as well as Specially Selected Pork.