G.N Badley & Sons, a family butcher’s shop based in Telford, has given its support to the #nolambweek social media campaign running this week. The campaign has been set up to encourage Welsh farmers to withhold their prime lambs, after falling lamb prices have resulted in many producers being paid less than the cost of production.

Kay Badley, operations director at the butchers, said: “We have seen a big response recently to the famers who have had trouble with falling prices.

“This is their livelihood and their future is in doubt, as an independent retailer we know how worrying that can be and we have every sympathy with them.” 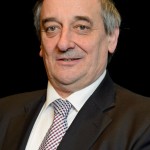 G.N Badley & Sons trades mainly with H P Westwood abattoir in Burntwood, West Midlands which gets supplies from Clark’s Farm in Stafford. They also get stock from Weddel Swift Distribution in Wolverhampton, which uses A Green’s Farm in Stoke and Dunbia, in Preston.

Meurig Raymond, president of the National Farmers’ Union (NFU) said: “The situation many of our members are facing has become a crisis.

“British lamb is in its prime right now and I, personally, find it very concerning that some retailers are continuing to promote New Zealand lamb when we have prime lamb, in season, on our doorstep.”

As well as the social media campaign, convoys of tractors have caused roadblocks on the A50 in Staffordshire and Derbyshire, and hundreds of farmers protested outside supermarkets.