Game on for British Game Week

Game on for British Game Week

November 25th to December 1st is Great British Game Week.  In its sixth year, organisers say it promises to be the biggest Game Week yet, championing the wild game meat that Britain has to offer. 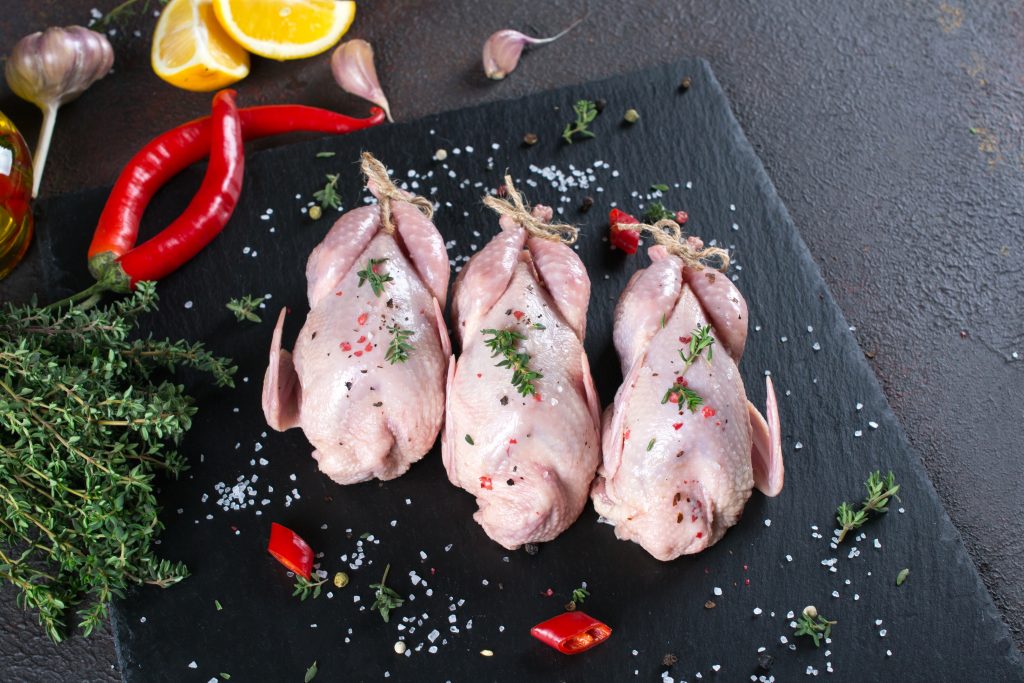 British Game Week will promote all types of game including quail, pictured above.

Great British Game Week is a collaboration between the Countryside Alliance, the British Game Alliance and Taste of Game.  They are joining forces to promote game throughout the country, in shops, restaurants and pubs.  Game Week aims to demonstrate to newcomers to game and connoisseurs alike, that it deserves a more regular place on consumers tables.

“Game is one of the finest ingredients in Britain.”

Sam Carlisle, of the Countryside Alliance commented: “Game is one of the finest ingredients in Britain.  Wild and with a wonderful story, it is full of flavour and easy to cook once a few old myths are dealt with.  In an era when meat consumption is under the spotlight, game stands as a prime example of responsible and considered option.  Great British Game Week will shout these many benefits from the rooftops!”

Tom Adams, of the British Game Alliance commented: “It is great to see ‘Great British Game Week’ go from strength to strength as game is taking a real upturn in demand from the British public, the drive to make game more accessible through the innovation of the product has been hugely welcomed by the modern-day consumer. The BGA team will be hitting the streets of Bristol and London with the ‘Eat Wild’ van, serving tasters of our commercial game products, promoting the nutritional and sustainable benefits of game meat to the general public.”

Annette Woolcock, from Taste of Game added: “We are very excited about Great British Game week this year, we will be promoting game at BBC Good Food Show in Birmingham inducing a whole new audience to healthy game meat, we will be on the Festive Stage giving away tasters and creating some fantastic dishes.”