Quality Standard Lamb has been showcased at an event in Germany as part of an ongoing promotional campaign by EBLEX.

The lamb reception in Dusseldorf was hosted by Consul-General Malcolm Scott and attended by 65 guests, including food retailers, personalities from the food industry and the media.

Guests, including guest of honour German high-jump gold medallist Ulrike Nasse-Meyfahrt, were given the opportunity to sample various grilled cuts of lamb, accompanied by English wine and beer. 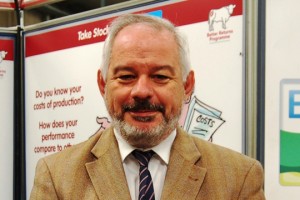 EBLEX's Jean-Pierre Garnier is sure lamb is widening its appeal to the German consumer.

Jean-Pierre Garnier, EBLEX export manager, said: “This was the first time ever where we have managed to bring together the three major German retailers. We are now making steady progress in marketing lamb in Germany and are widening its appeal to a larger public.

“In the autumn we are planning eight other events in Germany and Austria as we want to maintain a momentum to build sales.”