Staff and students were celebrating this morning following the news that Harper Adams has been awarded full university title.

Following yesterday’s announcement by the Privy Council to award the UK’s top University College a full university title, the mood was jubilant on campus as staff and students marked the first full day as a university. Although Harper has had full degree awarding powers for several years, this recognition makes it UK’s first University dedicated to agri-food and land-based studies. 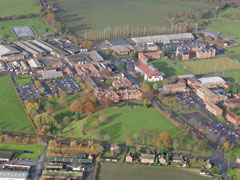 Dr David Llewellyn, founding Vice-Chancellor of Harper Adams University, said: “We are absolutely delighted to have received confirmation about gaining the university title from the Privy Council.

“It is also really important for our students as they are now on a level playing field with other universities.”