Hybu Cig Cymru – Meat Promotion Wales (HCC) has used the Royal Welsh Smallholding and Countryside Festival in Builth Wells to engage with Welsh pork producers and give an update on the state of the pig industry. 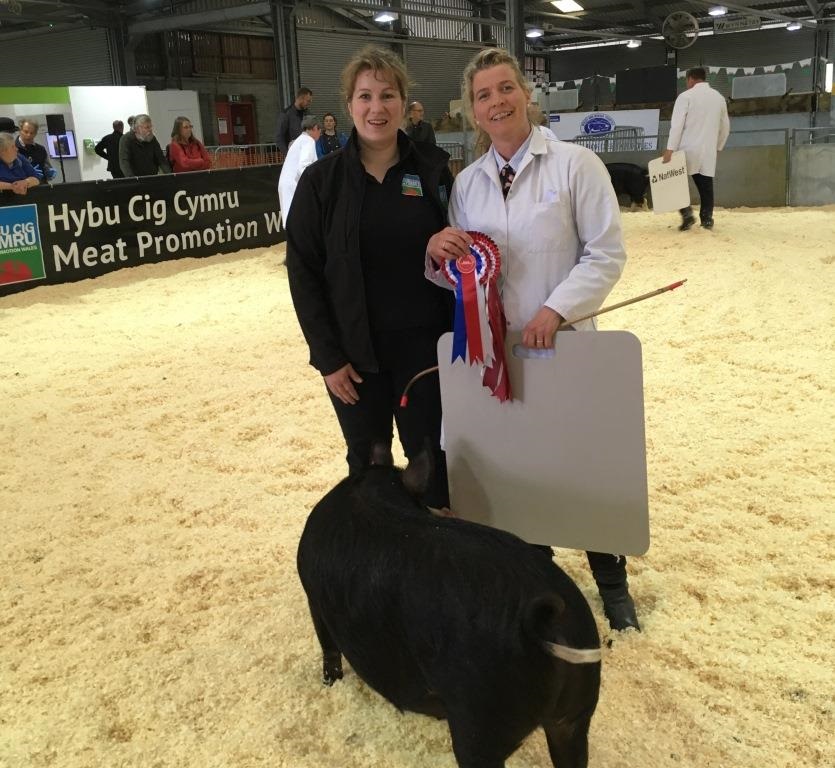 As part of its presence at the annual festival, HCC collaborated with Menter Moch and Farming Connect on a stand, as well as a series of lectures and workshops, to provide information for pig breeders.

According to a presentation at the festival by HCC meat quality executive, Dr. Eleri Price, the picture of the Welsh pork industry is changing, and the sector has a number of important strengths which meet the demands of discerning consumers.

Latest figures show that the numbers of pigs in Wales, while dwarfed by sheep and cattle numbers, is stable at around 23,000. This steady total however hides the important trend of a move towards a larger number of smaller herds.

“Increasingly, the Welsh pig industry is made up of small-scale units, many of whom specialise in rare breeds and non-intensive production.”

She added, “The majority of pork produced in Wales is thus a premium product, and mainly sold through short supply chains, often directly online from the producer, through high street butchers, farm shops or other specialist retailers.”

At the Smallholding and Countryside Festival, HCC also promoted its ‘Porc.Wales’ marketing platform, which acts as an online hub for many pork producers to promote their businesses.

One Welsh pork producer who is listed on Porc.Wales is Kyle Holford, of Forest Coalpit Farm in Monmouthshire.

Kyle gave a presentation to pig producers at the Festival on how his farm has grown from small beginnings to supplying pork to restaurants locally and in London.

His business will shortly be featured on BBC’s Countryfile programme.