Home » News » Imports of red meat into the UK increase

Imports of red meat into the UK increase

Imports of red meat into the UK increase

New figures reveal a sharp increase in imports of red meat into the UK during 2013.

But this pattern is unlikely to be repeated in 2014 as imports are expected to be considerably lower, says Hybu Cig Cymru – Meat Promotion Wales (HCC). 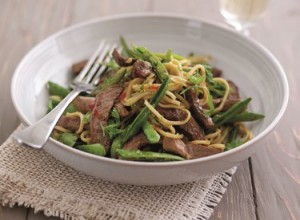 Sheep meat accounted for the largest increase in 2013. The volume of imports amounted to 98,000 tonnes which is 14% higher than the total in the previous year, according to figures from HM Revenue and Customs.

This upsurge was mainly due to increased volumes of New Zealand lamb, which accounted for 70 per cent of the total imports in 2013.

“These figures are obviously a cause for concern,” said John Richards, Market and Industry Information Officer with HCC. “There was a 30% increase, or 11,500 tonnes, in imports from New Zealand between January and June 2013.”

The following six months saw a 10% drop in imports from New Zealand due to a decline in their lamb crop and increased efforts to export more lamb into other countries such as China.

Australia was the second highest exporter of sheep meat into the UK with 12% of the total volume imported.

Mr Richards added: “The decline in New Zealand’s lamb crop in 2013 is expected to result in a 7 per cent drop in their export slaughter in 2014. The continued rise of Chinese demand will possibly mean that they will import even more lamb from New Zealand which will divert volumes away from the UK and Europe. Australia is also predicting lower exports in 2014.”

The percentage increase of imported beef and pork was much lower at 1%.

Ireland was the main exporter of beef into the UK, accounting for two thirds of the total imported volume which stood at 238,000 tonnes.

“What we have seen over the last year is increased volumes of beef being shipped in from outside the EU with countries such as Botswana, Namibia and Brazil increasing their exports. Forecasts suggest that this pattern may continue,” according to Mr Richards.

A total of 351,000 tonnes of pork was imported during 2013. The main exporters continued to be Denmark, Germany and the Netherlands, accounting for 60% of the imported volume.