Public Health England and the Food Standards Agency have warned of increased figures of potentially lethal virus Hepatitis E, which can be spread from animals to humans through the consumption of undercooked or raw pig and game meat, processed pork and shellfish. 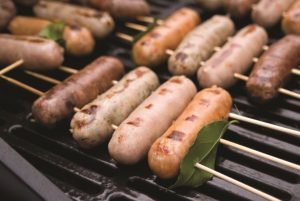 Hepatitis E can be spread from animals to humans through the consumption of undercooked or raw pig and game meat, processed pork and shellfish.

Public Health England has reported that the number of severe Hep-E cases almost trebled in the period between 2010 and 2016, from 368 to 1,244 cases.

Symptoms after contracting the virus include yellowing of the skin and eyes, darkening of the urine and pale stools, while sometimes it can also be demonstrated with tiredness, fever, nausea, vomiting, abdominal pain and loss of appetite. The illness usually resolves within one to four weeks, but can lead to death in some cases.

The strain has been linked to pig farms in France, Holland, Germany and Denmark.

The Food Standards Agency advises that whole cuts of pork, pork products and offal should be thoroughly cooked until steaming hot throughout, the meat is no longer pink and juices run clear.

Public Health England also advises anyone with symptoms to contact their GP.