The Kernow Sausage Company has acquired Vealls of Newquay, a long-established Cornish food wholesaler, for an undisclosed sum. 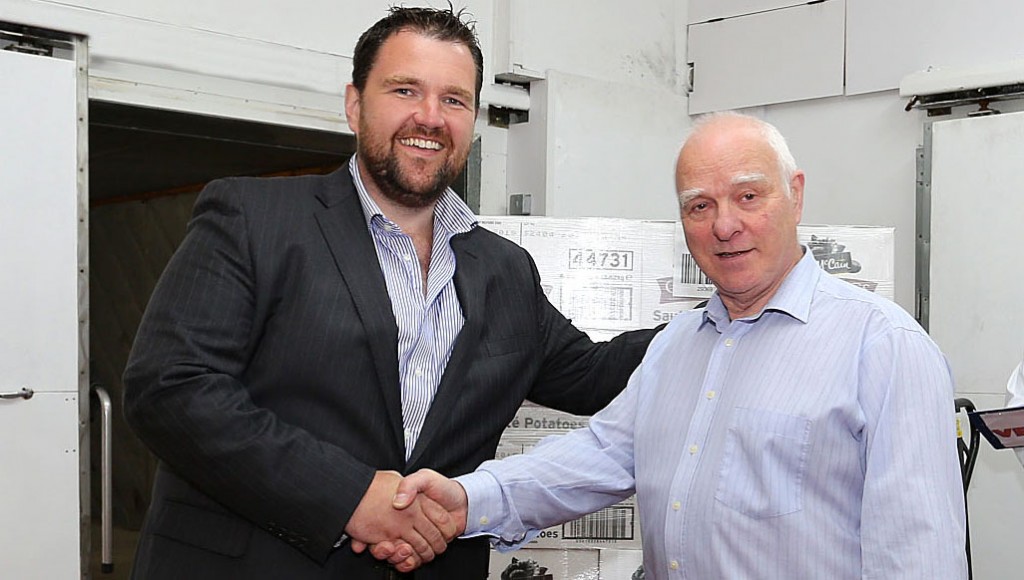 Vealls was founded in 1964 by brothers Ron and John Veall, who grew the business to a £1 million plus turnover. Now both in their 70s, the brothers have made the decision to retire.

Vealls supplies over 200 businesses in the South West with a range of chilled, ambient and frozen foods. The deal will safeguard 13 jobs at the company’s St Columb base, bringing investment and improvements to the existing systems and equipment.

Founder Ron Veall said, “My family and I are very proud of the business we have built together over the years, and we are pleased to be able to hand over the reins to another Cornish family business in Kernow Sausage Company. Gavin Roberts and his team share the same values as us and we wish them every success.”

Since then the company has grown rapidly with the help and support of the family team, and expanded their multi-award-winning artisan sausage product range to include dry cured bacon and fresh Cornish pork. The business now supplies some of Cornwall’s most prestigious hotels and restaurants, with supporters including high-profile chefs Paul Ainsworth and Chris Eden.

Gavin Roberts said: “We have seen tremendous growth year on year with our core offering and have proved that we can compete with regional and national players here in the south west.

“I know I speak for the entire team when I say that we’re ready to take on this great business and see it shine. Ron and John Veall have put their hearts and souls into building a great business and we are really excited to be writing the next chapter of the story.”

The businesses will run side by side enabling them to realise efficiencies by the sharing of some facilities and resources, including distribution.

The acquisition of Vealls has been made possible through an investment from the Business Catalyst Fund, the £5m investment scheme supported by the Government’s Regional Growth Fund, and a loan from South West Investment Group (SWIG Finance).

John Peters, Managing Director of SWIG Finance, said: “We are delighted to be able to support Kernow Sausage Company with their business growth which will also protect 13 local jobs straight away. We wish them every success for the future.”

Nick Blandford, CDC’s Head of Business & Skills said: “The proposal put to the fund has allowed us to support both the continuation of a long established and well recognized family business in Vealls alongside the expansion of Kernow Sausages itself. The packaging of the deal with SWIG Finance is a good example of how businesses can directly benefit from collaboration between different support organisations and funding streams.”