Labour leader Sir Keir Starmer has called for the Government to adapt its furloughing scheme to include part-time work after a number of industry bodies, including the British Meat Processors Association (BMPA) and the Association of Independent Meat Suppliers (AIMS) said more needed to be done to help those in the meat and food industry. 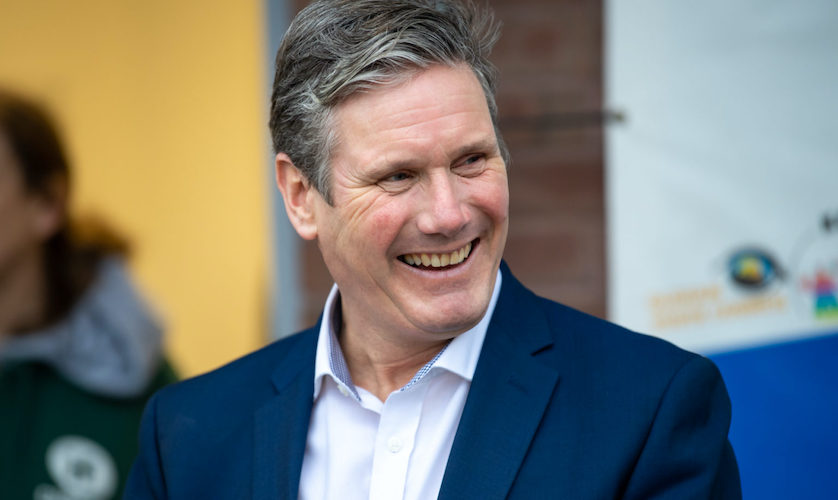 This comes after the BMPA revealed its CEO, Nick Allen, met with Shadow Environment Minister Daniel Zeichner to discuss the furloughing scheme along with the current market situation in the meat industry.

Currently, the Government’s furloughing scheme states that staff either have to continue working full time or be completely furloughed, with the scheme also ending on the 30th June.

Starmer, along with the BMPA, AIMS and other trade organisations, are asking the Government to allow workers to return to work gradually while still being supported by the scheme.

“For businesses that are still likely to be in lockdown, at the moment they face a cliff-edge at the end of June when they lose all their employees. If that happens all we’ve done is delay the inevitable, which is massive job losses.”

“For businesses that are still likely to be in lockdown, at the moment they face a cliff-edge at the end of June when they lose all their employees. If that happens all we’ve done is delay the inevitable, which is massive job losses.”

One organisation to push for flexible furloughing is the Association of Independent Meat Suppliers (AIMS), with head of policy, Norman Bagley, adding: “What we are hearing is that many have seen a downturn in their businesses but do not have the need to fully close. We would like to see the option for flexible furlough whereby staff would receive their full earnings from their employers on the days they work and the 80% furlough payment on the days they don’t.”

“Many of our members supply much of what they produce to the hospitality industry who through Government instruction are not currently operating. They have some additional retail business, and many have moved into home delivery. However, those sales in no way will replace the business lost.”

As part of Starmer’s plans for dealing with the virus, he has called for a ‘national consensus’ with one of the core principles revolving around supporting people’s livelihoods, businesses and jobs, which includes making the furloughing scheme more flexible. He also discussed the shortage of PPE equipment for key workers, an issue which is also effecting the food and meat industry.

In a statement outlining these plans, Starmer said: “Mistakes were made at the beginning of this crisis. The government was slow to implement the lockdown, slow on testing and slow to get PPE to frontline workers. We need to learn from those mistakes.

“Labour is setting out seven core principles that need to be considered by the Government to ensure public services, businesses and people are supported and kept safe. People rightly need confidence it’s safe before they go back out to work, travel or use public services.

“When I was elected leader, I promised to act in the national interest, and I meant it. Over the coming days and weeks, I will work constructively with the Government on these proposals to ensure we have the best possible response to this crisis.”