Producer prices have fallen sharply in the past month, but with the domestic market slightly better supplied, a period of stabilisation looks on the cards for the coming six months, claims Stuart Ashworth, head of economic services with Quality Meat Scotland. The French, Spanish, Portuguese and German flocks are expected to continue declining in 2013 too. 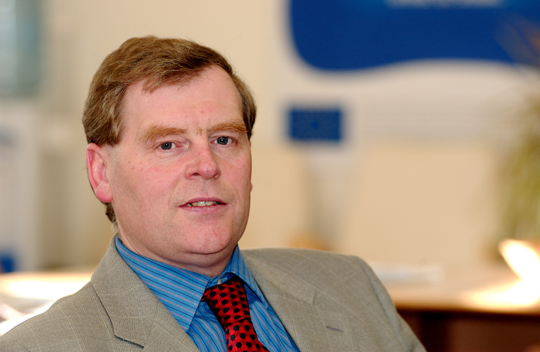 “Consequently, opportunities will continue to exist in mainland European markets. Alongside this the improving competitiveness of lamb on the domestic market, as a result of rising beef and pork prices, will help to stabilise a somewhat better supplied sheepmeat market,” said Ashworth.

However, looking at the shorter-term he said auction prices for prime lambs in Scotland have fallen around 8% in the past month. Prices in England and Wales have fallen a more modest 3% while deadweight reporting abattoirs have dropped prices 4% over the past four weeks.

At current levels Scottish auction prices have fallen below the 2010 levels while prices in England and Wales are very similar to those of two years ago, and both are well below last year’s prices.

“There are a number of reasons for this fall in prices. When we look at prime lamb slaughterings in GB between June and the end of September we find volumes down 8% on the year.

“Although we do not have results for a full GB census it is unlikely that the lamb crop is any smaller than last year and so, with fewer lambs killed so far this season, we must see some increase in the short-term and this is beginning to happen as October draws to a close.”

Compared to the beginning of October, auction market volumes have increased by more than 20% while numbers in the deadweight-reporting abattoirs have increased almost 8%. Nevertheless, when compared to last year auction numbers still trail by 10%.

“Evidence from price-reporting abattoirs suggests that the quality of lambs has fallen over the past month with 58% grading R3L or better compared to 66% a month ago and 59% a year ago.

“So, in summary the market is currently better supplied than a month ago, but the quality has fallen. This is perhaps not too much of a surprise given the challenges of producing quality forage this year and the slower growth rates reported by many producers.”