In partnership with Quality Meat Scotland around a thousand keen footballers are expected to take part in the first stages of a new nationwide grassroots football events programme for young people and adults from socially disadvantaged backgrounds.

The Street Soccer Challenge Series will be the biggest event series ever run by Street Soccer Scotland and will unite teams and players from across Scotland offering regular 5-a-side tournaments and access to information on health, personal development and employment & training. 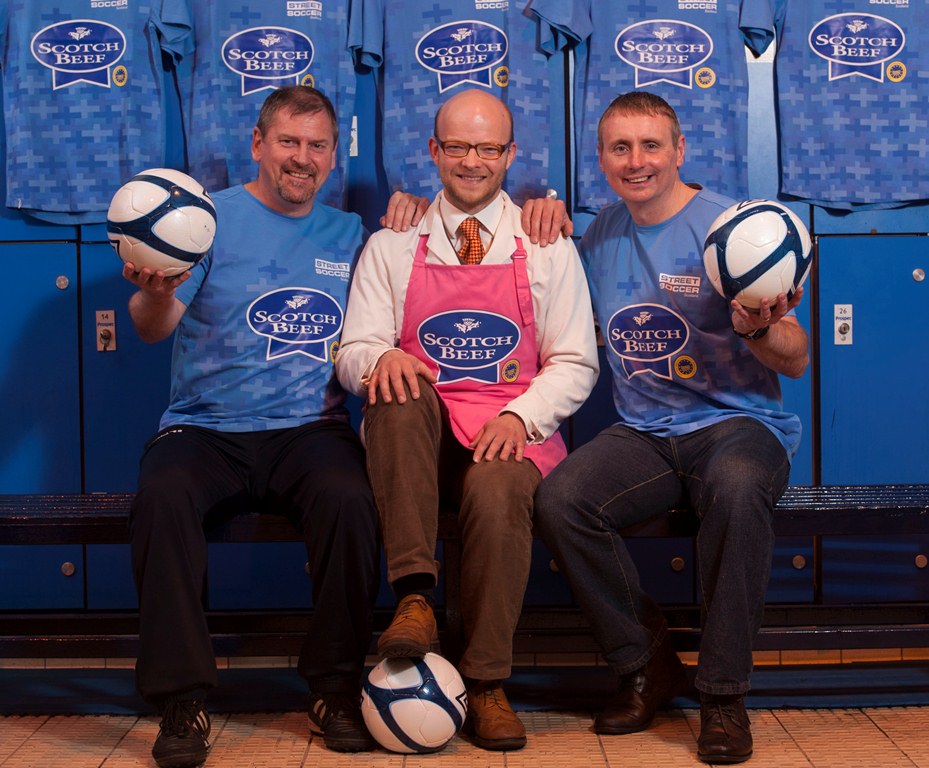 The launch event in Glasgow (today) will see around 300 players attending and between 600 and 700 [in total] are also expected to attend similar events in Edinburgh, Dundee and Aberdeen in the coming weeks. The Street Soccer Challenge Series will see a total of twelve events will happening throughout the year with a further two events happening in each of the four cities.

Jennifer Robertson, Health and Education Co-ordinator, Quality Meat Scotland (QMS), said: “We are delighted to be supporting the fantastic work of Street Soccer Scotland with this new football programme.

“Eating a healthy balanced diet is important for everyone to make the most of life – whether you are a professional footballer or just enjoy a regular five aside game.

“We’re looking forward to working with the players involved in the programme to show them just how easy it is to make delicious low-cost meals using Scotch Beef, Scotch Lamb and Specially Selected Pork.”