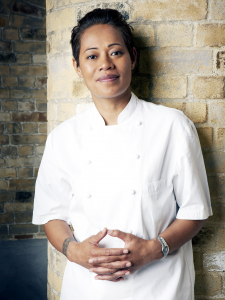 Galetti, the first female sous chef at Michel Roux Jr’s Le Gavroche in London, is now a familiar television personality as the presenter and judge on BBC2’s MasterChef: The Professionals.

The Smithfield Awards are open to all Q Guild members throughout the UK.

There are nine categories in which to enter:

The individual category winners will then also compete for the Smithfields Awards supreme champion title.

Q Guild national chairman, Alnwick butcher Mark Turnbull, said: “Smithfield Awards remain among the meat industry’s most esteemed accolades and all recipients know that they have an outstanding product and have been found to be among the best of the best.

“We look forward to judging this year’s products and discovering the fantastic array of culinary delights made by our members.”

The deadline for entries is 25th September.