Romany gypsy entrepreneur Alfie Best has taken a step into the pie industry by investing into Eat Square. 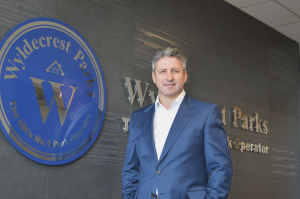 Best, the owner of Wyldecest Parks, has acquired 40% of the Wiltshire-based pie business that was founded by Alex Joll in 2014.
Since the investment, the company has taken on new staff members, bought new equipment and has invested in its production facility. With plans to hire at least 10 new local employees, the aim by the end of this year is to take production from 500 pies a week to 500 a day.

Best commented: “I’ve invested once into a business close to my heart – Wyldecrest Parks is about to become the biggest park home operator in the UK and we’re already planning on an overseas expansion. That’s why I invested into Eat Square. I believe that when you love what you do and when you know what you’re doing, you have some of the most important keys to succeed in your hands – and Alex does know exactly what he’s doing and he loves it.”

Talking about the pies, Best continued: “The pies are really, really amazing. They have that nostalgic feeling of childhood in each single bite, that rustic and traditional taste.”

Eat Square makes thousands of pies by hand, all of which can be found in shops, markets and pubs with a new online ordering service now also in place.

Joll added: “I am really excited to be working with Alfie. He has repeatedly built successful businesses in the past and leads from the front with a truly inspiring enthusiasm. I’m confident that with Alfie involved, Eat Square will grow up quickly and become a major and much loved premium pie producer.”