After an intense round of judging, the six finalists in the ‘Multiple Retailer and Brands’ category in the British Sausage Week 2014 competition have been chosen. 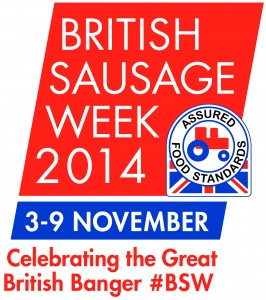 The competition recognises and rewards excellence and innovation in quality assured pork sausages and entries could be made in two categories: ‘Best Traditional Sausage’ or ’Best Innovative Sausage.’

With more than 50 entries in the ‘Multiple Retailer and Brands’ category alone (and a further 450 in the Independent Butcher category), the final six did extremely well to come out top in what was an extremely tough competition. They will now go forward to the Grand Final at Butchers’ Hall on 31st October when the Overall Champion will be announced just ahead of British Sausage Week (3-9 November 2014).

BPEX butchery and product development manager, Keith Fisher, said: “The first round of the competition was extremely difficult to judge, partly due to the incredibly high standard of entries, but also because we saw so much innovation in the sector which made the judging process really challenging.

“British Sausage Week is a fantastic platform to promote the hundreds of quality pork sausages available today. Retailers can use their success in the competition to highlight their own quality sausages, driving sales and raising awareness of quality assured pork sausages.”