New DG at PTF in September

New DG at PTF in September

Clare Cheney, Director General of Provision Trade Federation Limited will be retiring in September after 19 years at the helm and her successor has been appointed. She will be succeeded by Terry Jones, currently Communications Director at the Food and Drink Federation. 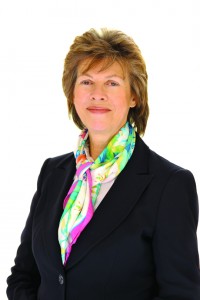 Clare Cheney, retiring after 19 years at the PTF.

Andy Smith, Chairman PTF said: “Finding a replacement for Clare who has represented the Provision Trade with such enthusiasm and commitment over the last 19 years was never going to be easy. But I am confident that in Terry we have found a replacement who can carry on the traditions of the PTF and will take the organisation forward for the good of its membership.”

Clare Cheney said:“Naturally I will be sad to leave PTF after all these years, but delighted that Terry will take it forward bringing his own skills and experience of the agriculture and food industry.”

Terry Jones said:”I am delighted to be joining the Provision Trade Federation as its Director General. After over three years at FDF, working with a wide range of manufacturers, I am looking forward to working closely with importers and exporters of provisions as well as UK processors and retailers to promote the interests of the sector.”