Tim Dumenil has been elected as the new Master of the Worshipful Company of Butchers (WCB) at the Company’s traditional, annual Common Hall ceremony. 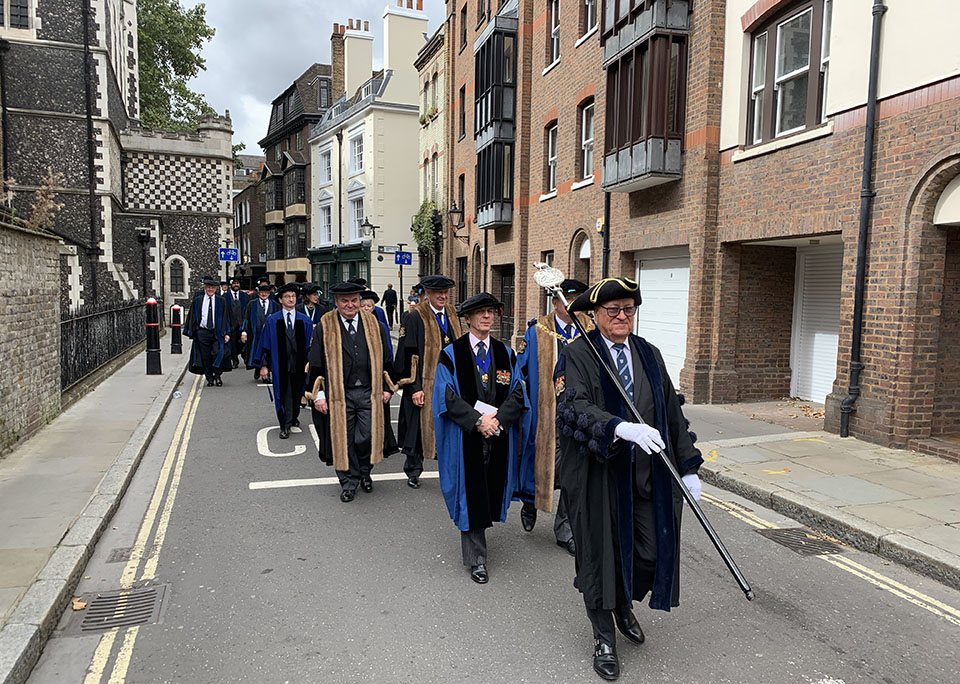 Procession of the WCB Court for the annual Common Hall ceremony.

As Master, Tim will lead the Company in its first year back at its home, the newly refurbished Butchers’ Hall, situated in the regenerated Barts Square development, close to Smithfield Market.

The Common Hall ceremony is preceded by a church service at St Bartholomew the Great church near Smithfield. At Common Hall liverymen elect the Master and the wardens and Court members for the coming year which is followed by a convivial lunch attended by family and guests of livery members.

Looking forward to his year the incoming Master, Tim Dumenil said: “I’m deeply honoured to accept the great privilege bestowed on me and I feel immensely humbled to be elected Master. We now have a Hall we can all be proud of. Restored to its former glory and grandeur, a spiritual home for us and future generations and more, much more.

“We want Butchers’ Hall to be the catalyst for making our Livery Company more diverse, more inclusive and more progressive. New Liverymen are the lifeblood of the Livery and we want to encourage as many new Liverymen as possible to join us.”

Each year the elected Master of the WCB raises monies for their chosen charities. During his year Tim Dumenil will be supporting DEBRA, which supports individuals affected by the skin condition Epidermolysis Bullosa and SUDEP, which supports those impacted by Sudden Death from Epilepsy.

Graham Baker, who completed his term as Master with the first Court Lunch back in the newly refurbished Hall told Meat Management: “It has been a tremendous privilege to be the Master of this great Company on what has been a transformational year. Many Liverymen have pulled together to bring our Hall back to life, it is something our industry should be very proud of and it is a great asset for future generations.”