The new Master of the Worshipful Company of Butchers is Mark Adams. He was elected during the Common Hall ceremony at Butchers’ Hall, in London earlier today. 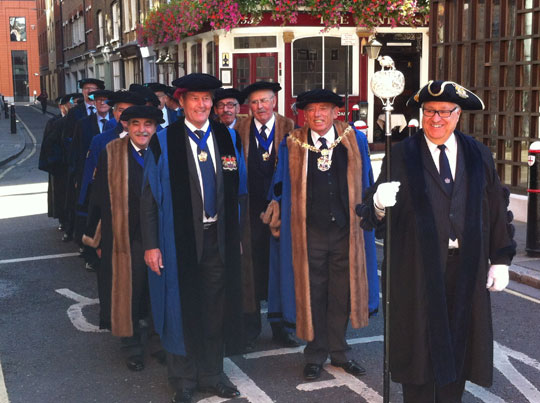 The Court, seen here processing between Butchers’ Hall and the butcher’s church,  runs the affairs of the livery company, and it too was duly elected. This includes Her Royal Highness, The Princess Royal who continues to serve alongside 14 other elected members.

The annual church service at St Bartholomew the Great preceded the formal ceremony, and following Common Hall a luncheon for members was enjoyed by all.

Mark Adams (officially George Christopher Mark Adams) is the son of the late George Adams, OBE who was Master of the Company in 1997. 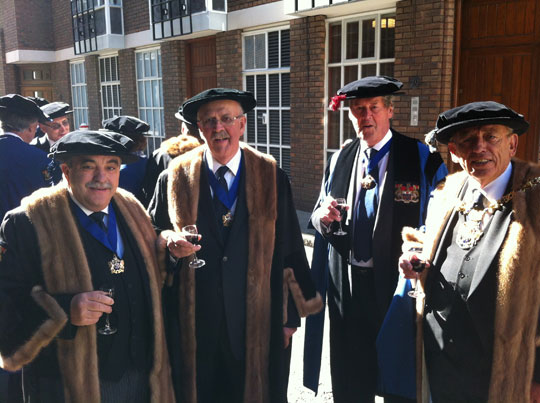