The owners of Barn Bacon Limited have been sentenced to a combined suspended imprisonment of three years and seven months for fraudulent activity, after selling EU-sourced bacon, which was labelled free-range and locally produced. 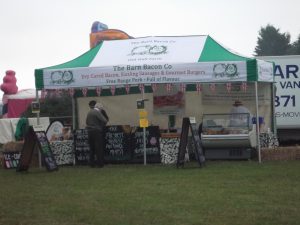 The owners of Barn Bacon Ltd were found to have falsely labelling bacon products.

The two businessmen, father and son Andrew and William Smith, were caught making misleading claims of their bacon products being “British and free-range”, when the Nottinghamshire County Council’s Trading Standards team found that “one of their main suppliers since 2011 sourced their bacon from the EU – namely Germany, Poland and Denmark”.

The council has highlighted that the legitimate supplier was “unaware that their products were being repackaged and falsely labelled as British produce by Barn Bacon”.

According to the council, many of the duo’s offences involved selling misleading bacon products at various markets in Nottinghamshire, including Southwell Market and the Collingham Show.

Trading Standards manager at Nottinghamshire County Council, Claudine White, noted: “This company’s blatant false claims have allowed it to sell their bacon products at a higher price than would be expected for standard products and gave it access to pitches at festivals to the detriment of legitimate traders.”

Beef prices expected to deflate in 2017