Pig industry responds to resistance concerns with changes in antibiotic use

Pig industry responds to resistance concerns with changes in antibiotic use

Figures recently released through RUMA, are suggesting that the UK Pig Sector is making significant changes in how it monitors antibiotic use in at least one key area, with a halving in prescribed antibiotics administered in the feed of young pigs.

National data, collected from the UK’s major feed compounders, has indicated that at the start of 2014, around 37% of all the feed for young pigs contained a prescribed antibiotic.

By the end of 2016, this had more than halved to 18%. This showed an increasing pace of change. 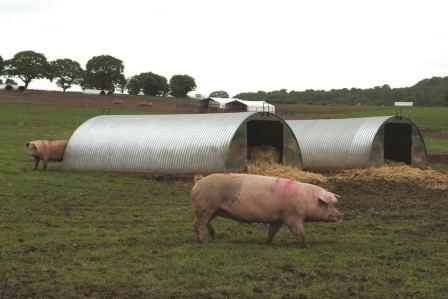 By the end of 2016, antibiotic use had more than halved to 18%. This showed an increasing pace of change.

Paul Topis, representing the Agriculture Industries Confederation (AIC), a RUMA member, explained that while the figures supplied by AIC members looked at just one area of the sector, antibiotic prescriptions dispensed through feed to young pigs did represent a large proportion of the use.

Topis said: “We are encouraged to see the rate of reduction in 2016 and this reflects the work between vets and farmers to make some courageous changes.

“Reducing reliance on antibiotics to treat and prevent disease spread could pose significant welfare challenges if not done with the right levels of care and skill.”

Topis also added that some of the reductions appear to have been made possible by the use of zinc oxide, which when added to feed at medicinal levels can reduce the need for antibiotics in pigs by protecting the gut against E.coli bacteria.

The Pig Veterinary Society welcomed the reduction news and acknowledged the efforts of its practising member. These members regularly visit the herds in their care and work with pig farmers to promote responsible and reduced use of antibiotics.

“These need to be tailor-made to suit each individual farm and the effects monitored to ensure that initiatives to reduce antibiotic treatment also promote good pig health and welfare.”

Georgina Crayford of the National Pig Association said: “Among the programme’s recommendations are the capture of usage data on pig units, benchmarking use against similar farms, and supporting strict limits on the use of critically important antibiotics. We look forward to seeing the wider effects on use as data trends from the AHDB’s e-Medicine Book, also launched last year, start to come through later in 2017.”

John FitzGerald from RUMA, the independent agricultural and food industry alliance which promotes responsible use of medicines in farm animals, also welcomed the results and said they were indicative of the wider industry commitment to reductions.